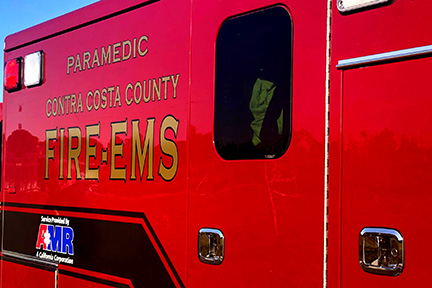 Contra Costa County Fire credits good Samaritans for preventing a drowning of a mother and her autistic son Tuesday after they entered the Contra Costa Canal in the City of Antioch.

The incident took place on July 27 at Canal Park at the Gentrytown and Putnam Street at approximately 2:45 pm.

According to Steve Hill, CONFIRE spokesperson, during a family outing at the park an 8-year-old non-verbal Autistic boy became excited and took off running towards the canal, jumped the fence and entered the water. His mother followed him and jumped in the water to save her son.

That is when two woman, identified as Holly H and Megan L sprang into action to assist the mother and her son in the canal. The rescuers also ended up in the water,  along with another bystander (an unknown construction worker), formed a “human chain” to pull all people out and away from the water.

Hill said the victims were conscious and breathing and were ultimately cleared medically noting that if these women did not act quickly and bravely this story could have been much different.

He added that a third woman, identified as Maggie W. also assisted by tending to the mother’s other toddler daughter who was on scene.  He also credited Antioch Police Officer Price Kendall with helping with crowd control on what they called a “chaotic” scene.

No significant injured were reported.

No other details were released.

So scary! Thank God everyone was in the right place at the right time to save them.