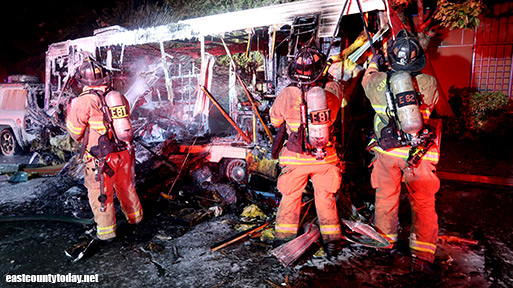 At 3:44 am Monday, Contra Costa County Fire Protection District responded to a report of a vehicle fire on Railroad Avenue near D Street in the City of Antioch.

Firefighters arrived on scene and reported a trailer that was attached to a vehicle on fire with two occupants having already exited the vehicle. The fire posed on threats to nearby commercial buildings, but for a brief time did threaten PG&E wires.

Firefighters made quick knockdown and cleared the scene in under an hour. it appears two people were displaced by the incident.