Firefighters Battle Back to Back House Fires in Antioch on Saturday

On Saturday, June 2, Contra Costa County Firefighters were already battling a 23-acre vegetation fire in Pittsburg when a residential structure broke out on Candlestick Drive and a few minutes later on Tompkins Way in the City of Antioch. 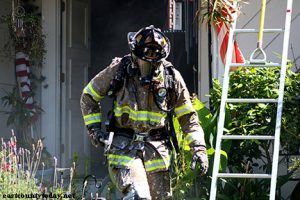 At 3:04 pm, firefighters were dispatched to the 2400 block of Candlestick Drive for a report of smoke and flames coming from the roof of a home–the fire went second alarm response.

Engine 87 arrived on scene to a well involved attic fire with all residents out of the home.

According to Battalion Chief Jim Huntze, the quick action from fire crews saved a good portion of the home but stated with the temperatures around 95-degrees this made the firefight very challenging. One resident was treated and released by AMR. 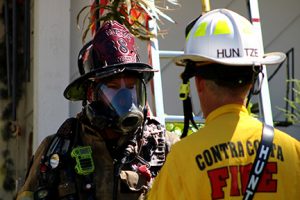 At 3:36 pm, Contra Costa firefighters received another report of a house fire, this time in the 2400 block of Tompkins Way int he city of Antioch–less than a mile away. Due to a second alarm on Candlestick, units were able to quickly be available and respond.


Engine 1 (Walnut Creek) and Battalion 2 (Concord) arrived on scene to smoke and flames shooting through the roof of the garage of a one-story home. Crews were able to begin fire attack to keep the fire to the garage and attic area.

According to BC Huntze, the fire was contained primarily to the garage.  However the fire did breach the attic space and had to be extinguished. 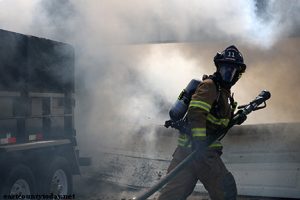 “With cellulose insulation inside the attic and high temperatures outside this was labor intensive. Crews worked together to salvage and overhaul the belongings inside the home,” said Huntze. “This fire was determined to have started inside the garage area and is still under investigation.”


Huntze also explained that on Saturday, they had five fires between Bay Point, Pittsburg, and Antioch with 15-fire crews committed to these cities.

“Several other crews had to move up and cover the open areas. As a result several structures were saved and No firefighters were injured,” said Huntze.

AAA: Next 100 Days Are Deadliest for Teen Drivers this Summer