Here is some pretty awesome news out of Discovery Bay as they have apparently cancelled their candidates forum due to Game 1 of the World Series which is between the San Francisco Giants and the Detroit Tigers.   At least they are honest and have their priorities straight right?

Here is the notice via the Delta Sun Times

The San Francisco Giants World Series game #1 will also be Wednesday night, and the Boardwalk Grill will simply be too noisy to host both crowds, and we expect attendance to the forum would be considerably smaller due to the game.
If you do want to catch the game with friends and neighbors, the Boardwalk Grill will be open, with all of it’s large screen televisions tuned to the big game, and offering World Series specials. 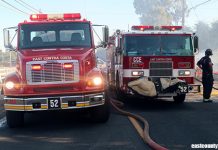