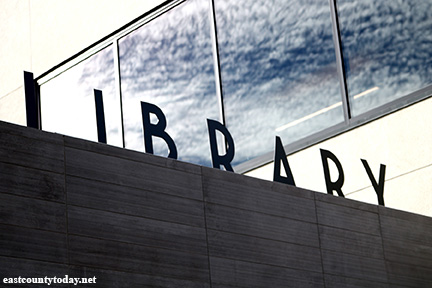 The confirmation came after the Brentwood Library issued a press release announcing the event which created controversy and create more than a 1,200 comments on our Facebook page—both in support and against the event.

“Drag Queen Story Hour is an event that has been created to raise awareness for kids and families through literature. There is nothing wrong with reading a children’s book that display diversity and different gender identities,” said Aldama.  “We are all different and everyone deserves respect and love. We are not trying to teach or brainwash anybody. Drag is just a form of gender expression.”

“I am really excited and thankful to visit the Brentwood Library. I know that many people might be opposed to this event. At the end of the day, we will take home a message of inclusiveness, self acceptance and self love,” said Aldama.

Brooke Converse, spokesperson for the library system, explained the event is not aimed to push an agenda or showcase drag in general, but rather it is just a performance.

“We stand by the event,” said Converse. “Part of the misunderstanding is what the event is and isn’t, this person is a performer who will sit and read to kids. It’s just a person in costume and reads books to kids about being inclusive and love. They may have a few laughs and that is it.”

Converse continued by highlighting that part of what the library is for is to be inclusive for all parts of the community and considered this reading no different than any other event they have across their system whether it be magicians, puppets, dancing, singling or cultural event, this performer is like everyone else.

In fact, a similar event with Bella Aldama occurred last September in El Cerrito which was part of a larger event. She says the event did not have much opposition.

Aldama says the El Cerrito event and other events were generally welcoming.

“Our first Drag Queen Story Hour was at Half Price Books in Concord. After that we had two of these events in El Cerrito. (One at The Rainbow Community Center and one at El Cerrito Library) I never thought parents and kids would be so happy and excited! We had great attendance to these three events. It was really exciting to see LGBTQ+ parents as well as allies with their kids. Everyone was so welcoming and thankful for the events. Many kids were participating, singing and dancing,” explained Aldama.

According to the Press Release issued earlier this week, Drag Queen Story Hour originated at the San Francisco Public Library, and celebrates diversity and empathy. Brooklyn librarian Judy Zuckerman describes it as “a fun and important program that celebrates diversity in the way that children may dress and act. It encourages children to look beyond gender stereotypes and embrace unfettered exploration of self.

Mary Lou Klovee, president of the organization, explained they provided the funding which is through community donations and fundraising opportunities, however the library staff picks the events.

She said Liz Fuller, Brentwood Library Manager, came up with the event, not the Friends of the Brentwood Library. Klovee said parents have a choice of whether they want their children to attend or not and encouraged them to just “parent”.

“Friends of the Brentwood Library raises funds, so they have programs for the children, teenagers and adults, this was one they said they wanted to have. If it is something that you don’t care about or you don’t wish your children to be exposed to, then don’t go. If you do, then go,” said Klovee. “We are not trying to make a big statement or big anything, this is just a reading.”

According to Fuller, she explained they have thought about hosting the event for a while.

“Several libraries in the Bay Area and around the country have held these. With our full staff and new library it seemed like a good time to offer it,” said Fuller. “This is one of many programs we provide so it wasn’t a huge leap to add this as well.”

She said they are looking forward to Bella Aldama’s performance.

“We offer a variety of programs that reflect diversity, including an African Dance program later this month, and other music and dance programs from cultures around the world,” explained Fuller.  “We hope to bring people and ideas together, our mission statement, and try to present experiences to the public that they might not see regularly. Belle Aldama’s storytime will be one of many special programs we’ll be offering this year.”

When asked if the event could change peoples perspectives about drag, Aldama explained the message is about inclusiveness and love.

“I am aware that people might be against this Story Hour concept and it’s understandable. We were all raised differently and that’s respectable. I’m sure everyone will take home a message of inclusiveness, acceptance and love,” said Aldama.

City of Brentwood Seeks Participants for 4th of...

Originated in SF. There’s a shock. If we should welcome everyone because of “diversity” – is that why CA is so soft on crime? Welcoming criminals with open arms because they’re “different?”

Comparing a drag queen to a criminal is a bit of a stretch, don’t you think? There’s nothing illegal about a man dressing in women’s clothing. You may not like it, but then again nobody is forcing you to go.

As the daughter of a librarian, albeit not in California, libraries welcome everyone from every walk of life. Censorship of reading materials, in a library, is the responsibility of the parent (s) if child is a minor. Censorship of the events a library offers, if child is a minor, is the responsibility of the parent (s). Diversity is education; libraries educate. Thumbs up to the Friends for offering such an event. An open mind, a welcoming mind, is how one becomes educated. One does not have to “approve” or “like” every event/book a library offers. Each of us has freedom of choice to decide what works for us.

Libraries DO practice censorship in exchange for Federal funding. As the daughter of a librarian, you might want to educate yourself.

There is no way on God’s Green Earth that I would take our young children anyplace where a “Drag Queen” is holding court! Not on your life! We don’t want our children exposed to that “walk of life.” How much of our tax dollars is this library getting for exposing our children to freaks?

Freaks? You’re just like the squares of your parents age. Maybe you should pack up and go to Saudi Arabia or Turkey with your puritan mind. There’s people in suits and ties that spread evil in this world every day but you won’t bat an eye. But god forbid a man dresses as woman and now the apocalypse has hit. Maybe you’re the one wearing your wife’s thong too tightly.

There are influential children’s minds that don’t need to be contaminated with gender confusion at five or six years old. How about we wait until they can decide for themselves?

As a grown adult I can barely tell if it’s a man dresssed as a man, but you think a 5 or 6 year old can?

What got into the Brentwood Library people? Have they taken leave of their senses? This “Drag” clown thinks we have “different gender identities?” I thought we were either males or females! Then they bring out this “diversity” stuff and then “inclusion.” This would mean that we “include” criminals. It is because of “diversity” that great nations have fallen and even empires like Rome and the British Empire. We should learn a lesson from that. It is countries which are ethnocentric which have survived for thousands of years, like China and Japan. This is what our Founding Fathers were aiming at as seen in their writings.

Dan, grow a pair and just cut to the chase and say this should be a white nation for white people. You sound like a hillbilly from Nebraska in the 1950’s. Perhaps move to one of the Scandinavian countries, but oh wait, you’re probably too poor to manage that.

I know Dan and he’s BLACK …. or African-American, for your information. He was born in 1976 in New York. He’s hardly poor! Stop reflecting your own financial status, Jerry!

We moved out of San Francisco go get away from this madness. Now, it’s following us out to Brentwood! Disgusting!

My family and I also moved out of San Francisco to get away from the “diversity/perversity) that city offers Now, the “Drag Queens” are following us here. Disgusting! We have young kids! They have no interest in supporting such insanity.

Man, I’d be disgusted if my kids ended up religious like the people in these comments. We’re going to this event.

Our family is not religious but we do not support this type of “diversity.” You don’t have to be religious to do so.

I think this is a wonderful opportunity to see that our differences can be celebrated and are nothing to be afraid of. I will be attending this event, and I am proud of the staff of the Brentwood Library for standing up to the bigots in our community.

Bottom line: if you don’t want your child to go, don’t take them. And maybe re-acquaint yourself with the Golden Rule.

THE GOLDEN RULE: “He who has the GOLD, makes the RULES” —- I don’t want a “wonderful” opportunity to “celebrate” freakdom! There is no way on earth that my young children would get near that place! We are done with the Brentwood Library!

I wouldn’t stand BEHIND a Drag Queen .. he might back into me!

I wonder why this drag queen does read to children. I guess to indoctrinate them with gender confusion.

My teenagers have expressed an interest in going to watch this spectacle and make CAT CALLS! Love it!

Tammy, I hope they do that. Our’s are not yet teens, but they read this blog and they laugh their heads off.

Parents that brought their kids to this are disgusting. Pushing ID confusion on children should be a crime. Brentwood library is an embarrassment and if they ever ask for funding to “improve the library” everybody should vote NO !!!
And for the parents that brought your kids to this mess, good luck if your child shows up to Christmas dinner as a drag queen.

My tax doallars that fund our library are not for “shows” that push the agenda of 2% of the population. Having a book section for the 2% is appropriate.
The library is a quiet place to read and study. A place to drop off a 9th grader for 1 hour of research on a school project.
The library is not a lounge with a two drink minimum.
There is no fiscal reason for a gaudy drag queen to read a book about himself.

Our kids asked, “Daddy? What’s a drag queen? Does it have something to with dragons?” I explained it to them saying that it’s a confused man who needs serious psychiatric help.