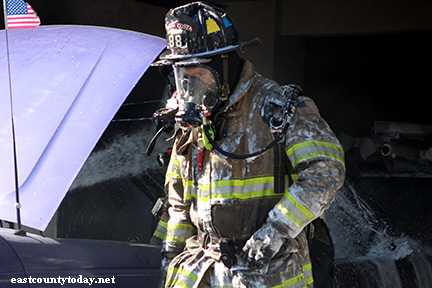 At 4:46 pm Saturday, Contra Costa County Fire responded to a report of a garage fire in the 2200 block of Asilomar Drive in the City of Antioch.

Upon arrival, firefighters located a vehicle fire inside the garage and quickly mobilized to extinguish and prevent extensions. 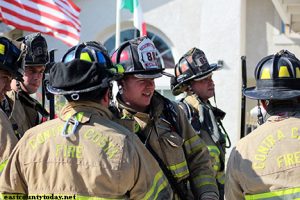 Firefighters were successful and had the fire out in less than 10-minutes according to radio traffic.

According to Battalion Chief Bob Atlas, the homeowner was jump starting an old car when he heard a “pop” and then a fire started.

The home did not catch fire, however, there was smoke damage to the garage.

No injuries were reported.