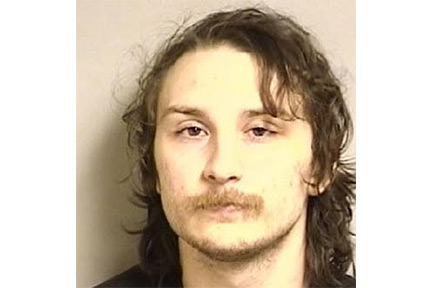 In a complaint filed November 19, 2019, a redacted version of which was unsealed today, Farca, 23, of Concord, was charged with making a false statement on an online background check application in his bid to join the U.S. Army. According to the complaint, on June 22, 2017, Farca traveled to a U.S. Army Recruitment Center in Mountain View, Calif., where he completed and submitted the background check application, also known as an SF-86. The SF-86 contains language specifically warning that falsifying or concealing a material fact on the application is a felony which may result in fines or imprisonment. In this case, the criminal complaint alleges that Farca nevertheless knowingly made false statements about his mental health when completing the form. Specifically, he affirmatively stated that he had not received mental health treatment, which the complaint alleges was not true.

According to the complaint, Farca had been in regular contact with a psychiatrist since 2011. In addition, Farca allegedly had received prescriptions for various medications and had received treatments to manage his mental disorders. Further, according to the complaint, Farca understood that because of his diagnosis, he needed a letter of clearance from a mental health professional before he would be qualified to enlist in the army. The complaint alleges that Farca requested a letter of clearance from both his psychiatrist and a caseworker familiar with his condition; both mental health professionals, however, denied Farca’s request for a clearance letter. The complaint further alleges that when Farca completed the SF-86, rather than admit he had been seeing a psychiatrist and that he was unable to obtain a letter clearing him for duty, Farca instead denied he had ever had counseling for his psychological or emotional health. According to the complaint, Farca reported to basic training on August 28, 2017, and was discharged October 3, 2017. The discharge paperwork cited “failed medical / physical / procurement standards” and noted, “erroneous enlistment; medical condition disqualifying for military service, with no medical waiver approved.”

The complaint suggests that evidence of Farca’s false statements on the SF-86 was obtained during the June 10, 2019, search of his home. Officers from the Concord Police Department executed warrants to arrest Farca and to search his home while investigating messages Farca posted on an online video game website. The complaint describes several messages Farca allegedly posted using his online name “Adolf Hitler (((6 MILLION)))” about carrying out a mass shooting of synagogues and praising terrorists who have perpetrated recent mass shootings at houses of worship. During the search of Farca’s home, paperwork relating to his psychiatric condition and his military service discharge were found.

The complaint charges Farca with knowingly making false statements to a government agency, in violation of 18 U.S.C. § 1001(a)(2). The charges contained in the criminal complaint are mere allegations. As in any criminal case, the defendant is presumed innocent unless and until proven guilty in a court of law.

Farca currently is in federal custody pending a continued detention hearing currently scheduled before U.S. Magistrate Judge Sallie Kim on Tuesday, November 26, 2019 at 10:30. If convicted, Farca faces a maximum statutory penalty maximum sentence of five years imprisonment and a fine of $250,000, plus restitution, for each violation of 18 U.S.C. § 1001(a)(2). However, any sentence following conviction would be imposed by the court after consideration of the U.S. Sentencing Guidelines and the federal statute governing the imposition of a sentence, 18 U.S.C. § 3553.

The case is being prosecuted by the Special Prosecutions and National Security Unit of the U.S. Attorney’s Office in San Francisco and investigated by the FBI and the Concord Police Department.

The Concord Police Department announced the arrest of Ross Farca, 23 of Concord, after the FBI relayed a cyber-tip regarding threatening comments made in a chatroom on an online gaming platform.

According to police, the comments consisted of threats against Jewish people and to commit a mass shooting at a synagogue, threats to shoot law enforcement and claims to possess an assault rifle. There were no specific locations included in the threats.

Through the investigation, police identified Farca as a suspect after determining the threats came from an address in Concord.

On June 10th, an arrest warrant was issued for Farca as well as a search warrant for his house. The warrants were served and Farca was arrested at his home without incident. Inside his home, an illegal AR-15 semi-automatic rifle was found which had been constructed from the same legally purchased frame. Several high capacity magazines were also found but no rifle ammunition was located. Additionally, detectives located Nazi literature, camouflage clothing and a sword.

Farca was arrested for and ultimately charged by the Contra Costa District Attorney’s Office with making criminal threats, possession of an illegal assault rifle and manufacturing an assault rifle. Detectives also obtained an emergency Gun Violence Restraining Order against Farca to prevent him from legally purchasing firearms.

Farca remains in custody at the Contra Costa County Jail.

Police added that they are only aware of threats made by Farca due to a cyber-tip. No detailed plans to commit acts of violence have been located.

It’s ironic because many folks will come home from the military need psychiatric help. Then there’s some right now in the military that have no remorse or empathy and are able to commit war crimes, kill innocent civilians, never blink an eye and never get charged. Whoever joins the military thinking you’re fighting for your country or “freedom”, rather than the special interests of the elite, is a pawn at best.