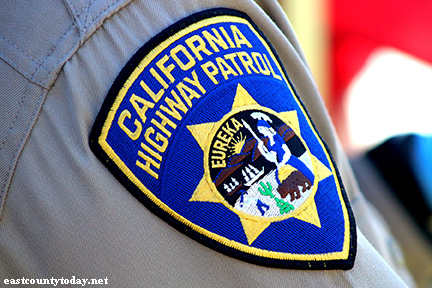 MARTINEZ, Ca— On April 2, 2021, at approximately 5:00pm, Contra Costa CHP Officers arrested MARK LAWRENCE NAVONE (46yr old man from Concord) in connection with numerous brick and rock throwing incidents onto the freeway that occurred in the area of State Route-242 and Highway-4 over the past year.

Navone’s actions resulted in the death of a 63-year-old grandmother from Antioch on April 10, 2020. Additionally, his actions maliciously deprived a 37-year-old delivery nurse of Concord of her vision. He is currently being held without bail at the Martinez Correctional Facility.

Throughout this investigation, there were approximately 40 incidents reported of rocks or bricks being thrown at cars in the described area between September 2019 and January 2021. Through surveillance, DNA, evidence, witness statements, and many hours of investigation, our investigators identified Navone as the primary suspect in these incidents.

In support of this complex investigation, we’d like to thank our lead Detectives from our CHP Contra Costa Area, Golden Gate Division’s Investigative Services Unit, the District Attorney’s Office, Concord and Antioch Police Departments, and the numerous witnesses and members of the public whose assistance was vital in the apprehension of Navone.

No other information was released by CHP

Bill to Remove “Alien” from California Law Moves Out of Committee

Horrible human behavior. Should he be sentenced to be stoned for what’s he’s done?

Wish that still could be done, some of these people totally deserve what they did to others to be done to them.

In addition to cutting off the fingers/hands of repeat burglars and shoplifters.

Wish that still could be done, some of these people totally deserve what they did to others to be done to them.

In addition to cutting off the fingers/hands of repeat burglars and shoplifters.

STONE the jackass! Let the survivors of those victims join in! Enough cuddling of these criminals

I stopped driving those routes after hearing that some idiot was throwing rocks and bricks at cars. I think he did this at night. He definitely should be stoned to oblivion and publicly.

That’s the problem today. These jerks don’t get to experience what they did to others and that’s why more of them do this! They get put in jail to await a trial, given means and showers but no punishment. They should feel what their victims felt when that brick or rock hit them and killed them!