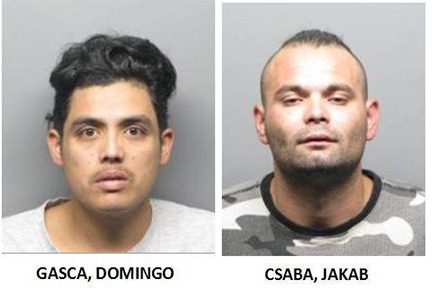 The Brentwood Police Department announced that on September 20, officers responded to Brentwood Hand Car Wash, on Balfour Rd., to investigate a commercial burglary where lawn equipment had been stolen.

During the investigation, an officer reviewed video surveillance and ultimately identified and later arrested Domingo Gasca, 26, of Brentwood, and Jakab Csaba, 25, of Pacheco, for the crime.

Both were charged with commercial burglary, other related crimes, and booked into county jail. The stolen equipment was recovered and returned to its owner.

Have seen these fools before. Can’t even be good criminals. Stop letting these peeps free. Prop 47 at it’s best.