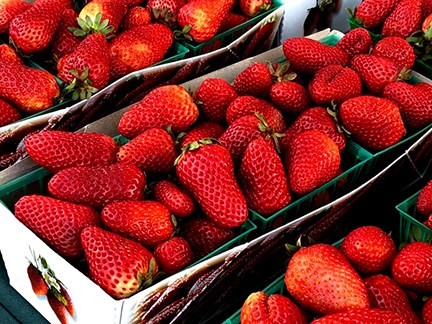 Last week, the Brentwood City Council agreed to spend another $50k to help provide food resources for families in the City of Brentwood. In total, the council will have allocated $100k for food resources.

The added funds came after the Council agreed to spend $50k for food distribution to help those impacted by the COVID-19 pandemic in April.  Originally, the plan was to assist seniors as presented by Councilwoman Karen Rarey, however, the full council opted to open it up to everyone in need within the city.

Councilwoman Rarey highlighted how the $600 per week unemployment will end and those relying on the $2400 will have a greater need for food sources, she requested the council approve up to $50k for non-profits to provide food.

Councilmember Johnny Rodriquez called it a “great idea” and said they needed to continue this at the time, but also now need to perform due diligence in regards to organizations they had already given money to so they are accountable at some level to do some sort of reporting on how the money was spent.

“It’s only $50k so its not a lot of money, but we have to make sure we are doing our due diligence to make sure they are making those groups accountable and some sort of reporting,” stated Rodriquez who aimed to show services provided and impact.

Mayor Bob Taylor agreed saying with another $50k, Brentwood will have spent a total of $100k on providing food services.

According to City Manager Tim Ogden, he reported to the council that two of the six entities that they have funded have already reported and currently out of the original $50k provided, the balance left is just $500.  Ogden said the council could allocate more funding as well as put more reporting requirements in place.

“We know what to do with it and can certainly start running with it,” stated Ogden.

The council agreed to fund $50k in more funding, however, those who have already received funding will not get additional funding until a report was provided.

#105: A Chat With Joel Bryant, City of Brentwood Mayoral Candidate