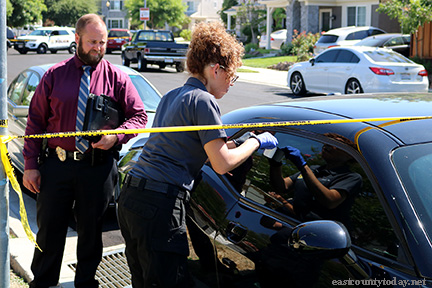 On Tuesday night, the Brentwood City Council adopted a Cost Allocation Plan and Schedule to include a fee aimed at recovering costs to extract confidential and exempt information from audio and video files on public records requests.

In a 5-0 vote, the Council agreed to bill the public at $213.05 per hour and if the city chooses an outside vendor, the public will be billed at the vendors rate—a 50% deposit must be paid.

According to police, extracting and producing electronic records subject to public disclosure will take three hours of City staff time to review and extract exempt material for every hour of video that includes audio, and two hours of staff time for every hour of for pure audio files. Requestors will only be billed for the actual staff time spent extracting electronic records, which will be billed in increments of .25 of an hour.

Police say the fee is established at a level which will recover the cost of providing the services and will have a nominal fiscal impact.

Police may redact information for the following:

Mayor Bob Taylor asked if the City of Brentwood was in line with other cities with this request. It was explained to the Mayor that both the City of Hayward and City of Richmond have moved forward with this.

Currently, the Brentwood Police Department has 1-case that falls under Senate Bill 1421 but there could be more cases in the future.

The council then voted 5-0 in favor of the cost recovery plan.

Here is a the staff report which includes the City of Hayward Case vs. National Lawyers Guild.

Brentwood: 56-Year-Old Man Airlifted to Hospital After Fall from Scooter