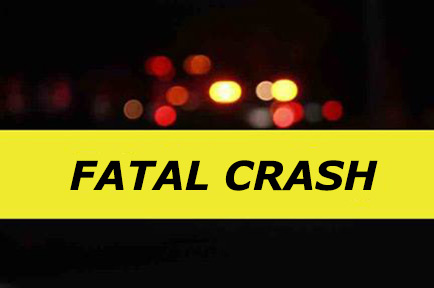 At 5:35 pm Wednesday, the East Contra Costa Fire Protection District was dispatched to a report of a vehicle crash in the 4500 block of Sellers Avenue in unincorporated Brentwood.

AMR arrived on scene and reported at least 3 patients needing treatment. A second AMR unit was requested and shortly after, Battalion 5 requested a medical helicopter and requested additional units for a vehicle extrication.

This evening at approximately 5:35pm, Contra Costa CHP was advised of a two vehicle head-on collision on Sellers Avenue, just south of Delta Road. Upon emergency personnel and CHP arrival, the male driver of a 2015 Acura sedan (16yrs old from Brentwood) was pronounced deceased at the scene by emergency personnel. His passenger (a 15yr old male) suffered life-threatening injuries and was transported to John Muir Hospital in Walnut Creek. The other vehicle involved was a 2003 Ford pickup truck and the solo male driver (19yrs old from Discovery Bay) suffered serious injury and was also transported to John Muir Hospital in Walnut Creek. The Contra Costa County Sheriff’s Coroners Office will be handling the release of identity of the deceased male driver of the Acura.

At this time it is unknown if alcohol or drugs were a factor in this collision but this incident is still under investigation. If anyone witnessed this collision or the events leading up to it and have not already spoken to CHP, please contact Contra Costa CHP in Martinez at (925) 646-4980. Thank you.

I wish I knew what OO and the other acronyms meant. Very sad. Let’s hope people don’t start blaming. I hate the blaming

And that’s why I stay off those 2 lane roads. All it takes is for one person to check their phone, doze off, or just get distracted to end it all. So sad.

The person who passed away I wont say but he was a close friend of mine all the way from elementary school and it breaks my heart to see him pass.

Thank you Kyle. It means a lot to hear from his friends.

There are many accidents at this location because the roadway has a severe dip and is very uneven. The County needs to repair this section of roadway.

OO means out of. PTYS I believe is parties. RP is reporting party. 97 means on scene, the preceding numbers and letters are EMS identification for specific units on scene. COCO 1141 is Contra Costa County Ambulance. It was a very sad day, and I truly feel bad for the family. My thoughts and prayers go out to the families of all involved and affected by this tragedy!!!!

Another reason no 16 year old should be given a licence to drive. They don’t have the mental capacity for it. But just try to change the law and car manufacturers will go bonkers. They don’t care who lives or who doesn’t.

I had the privilege to have met and know this young man a little bit – he was chatty, kind, smart – someone I looked forward to seeing. Such a tragic loss.

A total tragedy, without question but this is exactly the case for NOT letting young teenagers drive. They don’t have the experience needed to try to avert a collision like you describe! I am so thankful that our dad made us take basic vehicle mechanics so we know how a vehicle operates and what could go wrong!