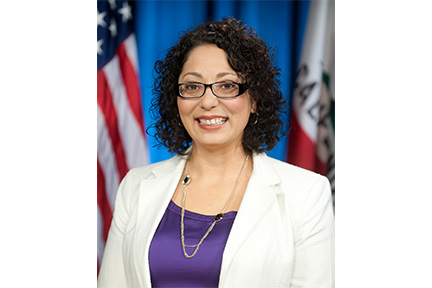 Prohibit Use of Taxpayer Funds on Political Campaigns

(Sacramento)—A bill to expand the Fair Political Practices Commission’s (FPPC) enforcement authority to include public officials has been introduced by Assemblywoman Cristina Garcia (D-Bell Gardens).  The bill, AB 1306, will first be heard in the Assembly Elections and Redistricting Committee next month.

The FPPC recently fined the Bay Area Rapid Transit (BART) District for failing to disclose its campaign activity in support of a ballot measure in violation of California’s Political Reform Act.  However, current law does not permit the Commission’s Enforcement Division to investigate and bring legal action against public agencies and officials for spending taxpayer funds on campaigns.  Currently the Commission’s jurisdiction is limited to requiring disclosure of campaign spending.

“The rules should apply to everyone,” said Garcia, and outspoken government reform legislator. “I’m all for giving the FPPC more teeth to bite down on those who misuse taxpayer resources.  It’s quite convenient that the campaign laws enforceable by the FPPC didn’t include public officials or public entities within our own government entities. The FPPC noticed this gap in their enforcement ability and   this bill now sends a clear message that California won’t tolerate public agencies, or elected officials, spending taxpayer dollars on campaign activities and is stepping up penalties because of it.”

State law clearly and specifically makes misuse of taxpayer funds for political purposes illegal, but the FPPC has no power to enforce the law. That’s up to local prosecutors and the state Department of Justice.  The California Supreme Court has also declared it a violation of the State Constitution to use public resources on campaign activities.  Further, the Legislature has passed multiple laws prohibiting public officials from using public resources for campaign activity.

In other words, using public funds may be illegal, but those who do it have virtually no chance of being prosecuted if they work for a government entity.

Assembly Bill 1306 would amend the Political Reform Act to authorize the Commission to bring administrative and civil actions against public agencies and public officials for spending public resources on campaigns.

“This bill simply holds those in power to the same standard we hold those who are not,” added Garcia.  “Government shouldn’t get a pass just because it makes the rules.  Fair is fair and we must hold individuals, and entities, accountable by empowering our oversight entities to dole out more than a fix-it ticket fine.  No one is above the law, including our government.”