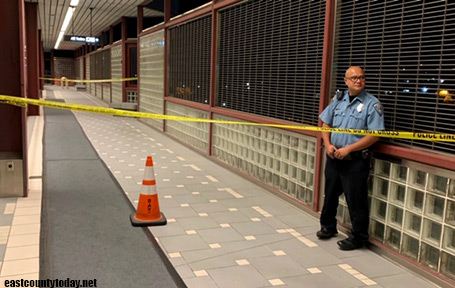 At around 6:45 pm Monday, a report of shots fired on the platform of the Pittsburg-Bay Point BART station shut down the station after BART Police detained 5 individuals.

There were no injuries reported.

By 6:57 pm, BART announced a major delay on the Antioch Line in the Antioch and SFO directions due to police activity at Pittsburg/Baypoint.

By 7:21 pm, BART said it Pittsburg/Bay Point has re-opened. Normal service has been restored