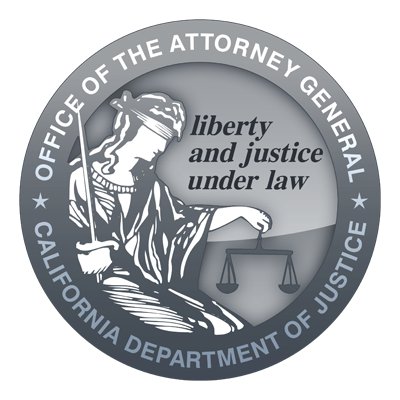 BURLINGAME – California Attorney General Rob Bonta Friday announced the sentencing of multiple defendants involved in a scheme to resell goods stolen from Bay Area retailers. During a search and arrest warrant operation in September 2020, law enforcement seized and recovered approximately $8 million of stolen merchandise from retailers such as CVS, Target, and Walgreens, as well as $85,000 in U.S. currency from the defendants’ warehouse, residences, and storage facilities.

Each of the five defendants has pleaded guilty to various felony charges, including conspiracy to commit organized retail theft, receiving stolen property, money laundering, and a special allegation of the aggravated white collar enhancement of over $500,000. The lead defendant, Danny Louis Drago, is scheduled to be sentenced to six years in state prison on February 25, 2022.

“The organized retail theft we’re seeing in California and throughout the country are coordinated efforts by groups that are targeting stores with the intention of stealing as much as possible with no regard for the safety of the workers or consumers in those businesses,” said Attorney General Bonta. “In this case, we see that the coordination doesn’t stop at the initial theft. Groups are in turn reselling items, and in many cases using them to fund additional illicit activity, including human trafficking and organized crime. The defendants in this case have been held to account for their crimes, and I can assure you, others will be as well.”

“The San Mateo County Sheriff’s Office is committed to ensuring the safety and security of our residents, businesses, and visitors,” said San Mateo County Sheriff Carlos G. Bolanos. “As law enforcement professionals, we will continue to have active dialogue with our local business owners and a strong and visible presence in the communities we serve. Those who come to San Mateo County and engage in any form of organized retail theft or violent acts will be thoroughly investigated and held accountable to the fullest extent of the law.”

“The joint investigation and prosecution of these individuals show that the premeditated retail theft actions of criminal groups in multiple cities across Northern California is intolerable and will not be accepted by District Attorneys, the Attorney General, law enforcement officials, and our community members,” said San Mateo County District Attorney Stephen Wagstaffe. “Anyone caught engaging in such criminal conduct will face similar prosecution, conviction, and incarceration. Further, we will seize and forfeit any and all proceeds stemming from this illegal activity to the State.”

The investigation, which began in April 2020, uncovered a major theft ring involving stolen property from burglaries and retail store thefts in the Bay Area. The defendants transported, stored, and sold stolen goods in other countries and laundered the money back to the United States. Over the course of the investigation, $1,874,633.65 was seized from the defendants’ various bank accounts.

Robles Morales, Villanueva, Villatoro, and Fowler have pleaded guilty and been sentenced to the following:

Lead defendant Drago pleaded guilty to one count of conspiracy to commit organized retail theft, receiving stolen property, and money laundering, and admitted the special allegation of the aggravated white collar enhancement of over $500,000. His plea agreement stipulates a term of six years in state prison. He is scheduled to be sentenced on February 25, 2022.

A copy of the complaint is available here.

Isn’t it great when the Attorney General of our state probably announces the sentencing of major thieves to probation? How proud he must be. Don’t you feel safe?