On August 22, Antioch Police Chief Allan Cantando hosted a fundraiser at his home on behalf of the Youth Intervention Network (YIN) aimed to help the organization move forward into the future.

YIN works with existing programs and resources to assist youths ages 10 through 18 with a level of support to steer them away from committing violence or becoming a victim of violence.

With the economy issues over the past few years, funding had become dry and Cantando wanted to fund a way to raise money while getting together with community stakeholders–he though a party at his house was best to kick off a new fundraising effort.

“I wanted to throw a small party with good people and good food who have shown support for the YIN in prior years. The goal was to kick back and talk about the future of the program and future funding opinions and support,”explained Cantando.

The Chief was very happy with the outcome as those who had prior commitments that could not attend still provided a check in support which pleased the Chief.

Chief Cantando admits that one of his favorite highlights of the night was when his son got to slap a high-five with legendary cowboy Jack Roddy which brought a smile to all in attendance.

Iris Archuleta, Co-founder of the YIN was happy to see the Chiefs efforts pay dividends.

“The YIN is so proud of the transition and its new board members. Allan Cantando being the Chief of the Police and now a new board member to take the initiative to initiate a fundraiser is the type of board member we want to have.

For more information on the Youth Intervention Network, visit them on Facebook

YIN partners and volunteers have all come together under the High Performing Communities (HPC) model created by Emerald Consulting to create the foundation for an environment that is safe and inclusive. This collaborative novel approach utilizes Dialogue for Peaceful Change (DPC), which provides the foundation for the partners to deal with ‘normal’ inter-agency conflict. It is this conflict that commonly undermines successful collaborative efforts.

To date, of the youth and their families who have completed the family mediation portion of the process and moved into the Family Advocacy phase, 100% have shown an increase in GPA from a starting average of 0.85 with an average increase of 1.5 points. The rise in GPA can be attributed at least in part to a reduction in truancy of more than 75% and a reduction of police calls for service to YIN family homes from 300 to just 21 last year. Financial supporters of the YIN have been The City of Antioch, Emerald Consulting, Jaap and Tineke van der Sar – Netherlands, Dialogue for Peaceful Change – UK, East Bay Community Foundation, Pacific Gas And Electric, Edin and Vesna Murgic, John Muir Health, US Attorneys Northern District – Joseph Russoniello and for 2011, Melinda Haag, and the Vesper Society 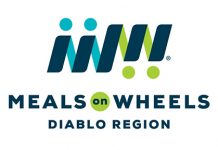 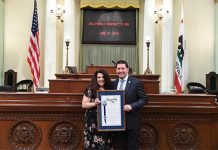