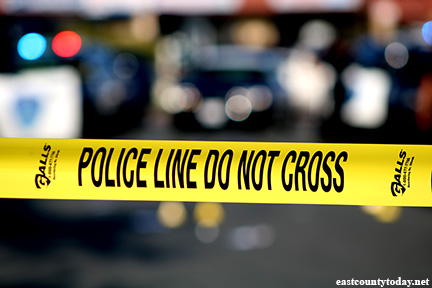 At 1:14 pm Friday, the Antioch Police Department responded to a report of a man who was firing a gun at Dove Ct near Killdeer in the City of Antioch.

According to preliminary information, the subject is barricaded in a home and firing multiple rounds inside the home as well as at a police drone.

According to Antioch Officer Saffold via Press Conference

When officers arrived on scene, it was confirmed the suspect was armed with a rifle shooting at cars and houses. The suspect also shot down a police drone while residents were ordered to shelter in place and evacuated from the area. SWAT responded and over the course of several hours the suspect continued to shoot his rifle inside the house and outside at officers and other residents. Around 7:07 pm, the suspect appeared to have set fire to the inside of his garage that soon engulfed the house where he exited the house and was contacted by SWAT officers. After making contact, the officers fired at the suspect who was struck. Medical aid was rendered and the suspect was deemed deceased at the scene.

With this now being an officer involved shooting, Contra Costa County protocol was invoked.

Saffold said he believe no one else was in the home or any other casualties or injuries. It is not known why the individual did this.  The male was believed to be in the mid-30’s.

AVOID THE AREA / SHELTER IN PLACE

APD Officers are working an incident in the area of Hummingbird Drive, Warbler Drive, and Kildeer Drive — PLEASE AVOID THE AREA!

Please do not call 9-1-1 unless you have a life threatening emergency or are reporting a crime in-progress.

This post will be updated with more information and notification when the area is safe.

Antioch CSO Airlifted to Hospital After Being Struck by Vehicle

Do you know where traffic is being held on James Donlon ?
Thanks

I’m going to take matters into my own hands

Where’s a sniper when you need one?

IT’s my night off…

I’m sure it won’t be long until we see Lamar Thorpe’s press conference in which he lectures us about how this incident is all society’s fault rather than the fault of the perp.

Now I know what all that traffic was about yesterday 💯🤦🏾‍♀️🙏🏾