Antioch School Board Trustee Critical of District in Farewell Speech

During the Wednesday night Antioch Unified School District Board meeting, Trustee Ellie Householder offered critical remarks to the District during her farewell speech.

She was critical of the districts low performance while defending her actions over the past four years which was met with a recall attempt, a censure and two attempts to remove her as Board President.

Householder was also caught in several lies while serving as board president, including removal of agenda items when emails showed what had transpired.

There were also several instances during meetings where she would not allow Superintendent Stephanie Anello to speak citing “you are not recognized”. She also highlighted examples of hate and online threats she has received.

Householder had also worked with the Antioch Mayor Lamar Thorpe to stack meetings with advocates and push agenda they wanted within the District, however, recently, Householder in her role as city clerk issued an open letter against the Mayor after his sexual harassment settlement was made public.

Here is her commentary from the meeting: 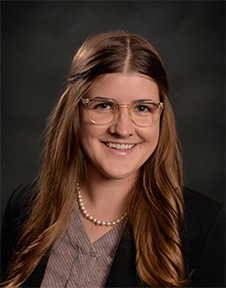 As a product of AUSD, and proud continuation high school graduate, the depth of love and responsibility I have felt for this role cannot be overstated.

My love, however, as many here well know, rarely comes in the form of something sugar coated and sweet. And is more often, and aptly, described as a splash of cold water to the face, a wakeup call. As I have said, many times, on this Board, that in order to truly love something, you must be able to be critical of it.

My critiques or suggestions, or observations, or whatever one wishes to label it has always had the intent to simply speak truth to power. Meaning to stand up for what’s right; to focus on what is happening; and share how I believe things can change.

The heartbreaking reality is the student achievement in this district is abysmal.

These numbers are even more alarming when we disaggregate the data:

This means, a vast majority of our students are not graduating with the skills they need to become productive members of our society.

Regardless of the narrative spin that has often been made in regards to this data these numbers do not lie. We are failing our students, especially those who are Black, Brown, poor, or historically marginalized. Period.

Even in my losses, for which there have been plenty, I never threw away a vote, or avoided difficult decisions. I voted based on principal and conscious, always. Whether it was against using supplemental and concentration grant funds for photographers or against unfair raises, I always used my vote, my voice, to make a point.

Yet, somewhat ironically, I leave my role as school board trustee, today, with such an eerily similar feeling to the one I had when I graduated high school here in this district. This sense of feeling accomplished, but unsatisfied. A feeling of happiness but being misunderstood.

I believe what I have endured in my short few years here is unlike many others. Countless hours, and I mean countless hours, of hate filled comments during board meetings.

Additionally, I’ve received a seemingly endless barrage of online hatred and threats, one of which was a message sent to me from an anonymous account of a photo of a close relative’s home here in Antioch, their address, and laughing emojis; followed shortly by another message from another anonymous account with a gun.

How do you do it? I’ve been asked this so many times. How do you do it. Well, it’s simple. It’s never been about me. It’s about our students. And the abysmal outcomes that they have here in our district.

Regardless of the continued attack over the last four years I have remain steadfast in my belief that we can, should, and could be doing more for the children of the Antioch Unified School District.

Again, the majority of students of color, economically disadvantaged, and students with special needs are failing in AUSD.

I would like to express my desire that individuals on this board, and in our community, listen for understanding and not be so quick to judge.

I hope that current members and future members of this board do their homework read the budget reports, read the LCAP, look at the data.

What is not okay is the race and class disparities that undeniably exist for students within this district.

As Desmond Tutu once said, “If you are neutral in situations of injustice, you have chosen the side of the oppressor.”

Thank you to everyone who has supported me throughout this roller coaster of four years.

My family. My brother and sister, whose unwavering support and belief in me is literally the only reason I sit here today. My mom, dad, stepmom, and stepdad, for showering me with love and admiration.

An extra special shout-out to Mr. Willie Mims, who, since my first day on this Board, has provided support and guidance.

Thank you to everyone who believed in me, and heard me out, sent me love, prayers, and ideas.

I want to officially end by saying three things:

When Householder was done with her comments, the room stood silent.

The new board of trustees will take occur at the December 14 meeting.

For more information on the Antioch Unified School District, visit them at www.antiochschools.net.

Ms. Householder can say what she will. But when there’s that much “smoke” in her behavioral history, that means there’s also some fire.

May I add that Lamar screwed you and others.