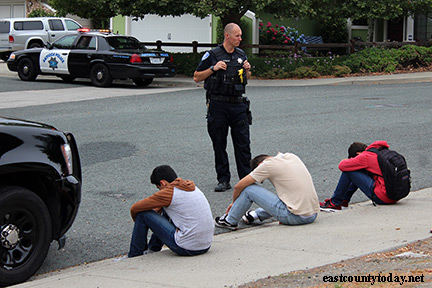 At 9:56 am Thursday, the Antioch Police Department responded to a report of a pellet gun shooting on Palomar Drive in Antioch.

According to initial reports, the shooting involved a group of juveniles where one of them, a 15-year-old male, was struck in the chest. 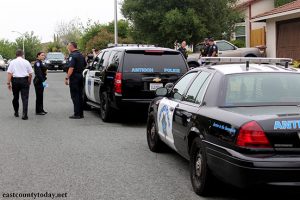 Contra Costa Fire Protection Fire District Engines 88 and 82 and AMR responded to the scene and reported they were beginning CPR on the victim who was later transported to Sutter Delta Medical Center in critical condition.

Although police have not yet confirmed details of the shooting, it appears to possibly be an accidental shooting.

Antioch Police are still on scene investigating and will be on scene for the next several hours.

That’s not true . You can’t compare section 8 with owning a house and paying taxes . Are you section 8 ? Because I can see ignorance .

“Are you section 8?” Lmao. Are you kidding me? Just read this guy’s paragraph. The clown didn’t use a single period, spelled only half of the words correctly, and is defending Section 8 like his life depends on it. So I think it will be easy to determine that. I think it’s a joke that anybody actually believes that section 8 is good, or that it doesn’t cause problems. All you have to do is look at the statistics to realize that 80% of the crime that occurs in and around our cities is directly related to section 8. There is no denying that.

Why would you even say that?

He’d say it because he’s a class-A bigot and/or idiot.

@The_Dude is upset because his sister broke up with him and took the kids.

And yet you’ve failed to provide an example of what is “real” news. You’re a tool man and the real dude smokes weed and stands his ground, not a lame wannabe 1% trump fanboy.