On Friday, Antioch Mayor Elect Lamar Thorpe announced his transition team which would be private groups of individuals working to advise him. These groups will focus on different areas and consist of city council members, city staff, private citizens and advocates.

“Some have asked why a transition team, we haven’t done that in Antioch, ever,” stated Thorpe. “Because anything less would fall short for the significance of our city and the symbolism of November 3 when our city residents spoke loudly and clearly the Antioch of yesteryear is over. Antioch is Contra Costa’s second largest city and growing. Its 115,000 people call this home and its on track to be home of the third largest indoor cannabis facility in our country.”

Thorpe called Antioch a “serious” city and ready to raise its profile to match that of the residents.

“Some have called the city divided, it was not. In fact, it was maturing because people have different points of views and different perspectives and that creates conflict. But at the end of the day, we come together to resolution,” stated Thorpe. “We cannot deny that some were made to feel that their point of view did not matter. Today, I am joined by different cross sections of our community that will work collaboratively that will work together to shape an agenda for our city’s future.

Thorpe stated regardless of socioeconomic background, race or gender, they will work to make everyone feel valued in the community.  Thorpe proclaimed the doors of city hall are open and a collective vision will begin.

“The purpose of this transition team is simple, explore and debate ideas that will serve as the foundation for our legislative priorities for the next 4-years,” stated Thorpe who said they will work to maintain a balanced budget, increase community safety, promote economic growth, protect natural environment while building a sustainable city. “I have asked a few fellow citizens to help me in that process.”

Thorpe laid out areas they will focus on:

Thorpe announced that in working on homelessness, human trafficking and mental health, Nichole Gardener will be leading that effort along with Councilwoman Monica Wilson. Also joining the team is Ricka Davis-Sheard of HealthRight 360 and co-founder of Share Community (mobile showers). Natty Flores will also be involved in this team.

Thorpe announced these committees because he wanted folks to get started on these issues immediately so they can get moving in the early 2021 time frame.

With more of a long-term focus, he announced the Youth Programming and Recreational Services committee would consist of Parks and Recreation Committee Chair Marie Arce and joined by Youth Services Manager for the city of Antioch Tasha Johnson. Thorpe said there is a lot of work to be done with this committee.

Thorpe then moved onto the schools and city relations committee noting that the Antioch Unified School District and city have not had a great relationship for a long time and needed to make an effort to fix that.

“I see great promise with the two newly elected school board members in Dr. Clyde Lewis and Antonio Hernandez in making that happen,” stated Thorpe who said both Lewis and Hernandez would help advise Thorpe.

Thorpe explained these are just priorities for now and other areas will come up, such as COVID which they need to work on collectively.

Government efficiency and streamlining stated he would be working on this along with city manager Ron Bernal, Ellie Householder, along with the assistant city manager and city attorney—which includes restructuring some areas and improving processes within city hall.

“These are not silos, there is cross pollination for all of these issues whether its homelessness and the environment. There are huge challenges with people living on our streets that create environmental issues for our city. Literally the homeless camps that sit off the delta, are right off our intake valve that are city pumps the water and then sends it to your facets and showers. There is a lot of waste there, car batteries, oil pans and cans. There is a lot to do,” stated Thorpe. “There is a lot of cross pollination within these working groups.”
Thorpe called for more bridges to be built within the city and have more residents engaged along with repaired relationships after the campaign.

“At the end of the day, the people have spoken, and they have spoken clearly,” stated Thorpe. “This has never been about me, this has been about us as your mayor I will work to make sure everyone feels equally connected to our city.”

Thorpe then closed by addressing the men and women of the Antioch Police Department.

“It is clear that you need to send a message to your police union representatives that it is time for new leadership that is aligned with the values of the people of Antioch,” stated Thorpe.

Thorpe then closed the press conference after a couple of questions clarifying what these advisory teams were. He explained that they were not ad-hoc committees and were working in private.  There goal was to find the expertise of people within the City of Antioch and advise Thorpe. 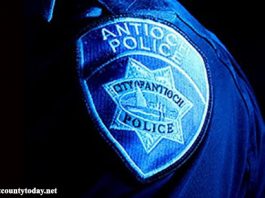 Antioch: Man Killed After Being Struck in the Head During Fight 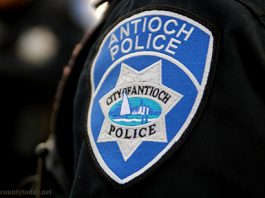