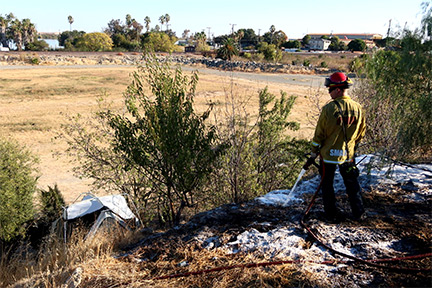 At 9:17 am Wednesday, Contra Costa County Fire Protection District firefighters were dispatched to a report of a vegetation fire on E 6th Street in the City of Antioch.

While responded, a dark column of smoke was reported.

Upon arrival, Engine 81 reported a 1/4 acre fire in a vacant lot on a hillside behind a home. They stated they could handle with a single unit and cancelled the balance. They were on scene for about 50-minutes.

According to the fire investigator on scene, the cause of the fire was undetermined. There were homeless in the area at the time the fire broke out.