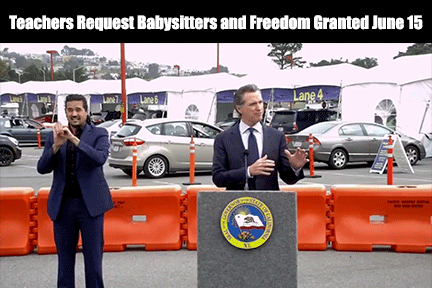 On this episode, we talk about how California gets its freedom back on June 15 as more counties movie into the orange tier. But… masks are still required. Los Angeles Teachers are requesting child care services be provided before they return to school. Caitlyn Jenner mulls possible run for California Governor. Bar owner falsely accused of being racist for booting a underage person from his bar. Los Angeles may grant beach front view for homeless with tiny houses and San Diego proposes more homeless management.