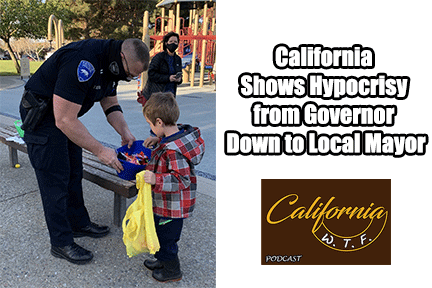 On this episode of WTF California, we are living in a state of hypocrisy from Governor Gavin Newsom to the Antioch City Council. Newsom preaches safety over COVID-19, however, he now is urging baseball to bring the All Star Game to the state. Meanwhile, Antioch City Council preaches bringing the community together, but fails to show up to any of the 12 Easter egg hunts put on by the Antioch police department—the irony here, they basically voted 4-1 against community participation with only Councilmember Lori Ogorchock showing up.

I don’t understand how Councilwoman Lori Ogorchok can stand being around the THREE STOOGES (Thorpe, Wilson, Walker). I’d be holding a barf bag if I were her.