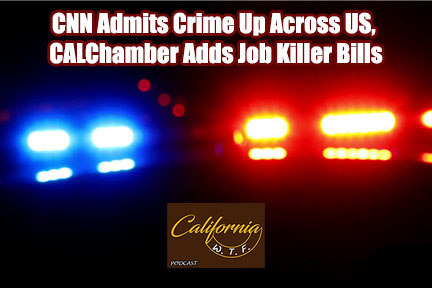 On this episode of WTF California, we highlight how CNN finally admits crime is up in democratic controlled cities. Apparently we are look at Vaccination Passports for US. CalChamber adds 4 more bills to its “Job Killer” list. Businesses feel impact of crime, may close down. Elk Grove Paying Homeless People To Clean Up After Themselves, while a Turlock Police Advisory Committee is not open to the public–this could happen to the City of Antioch with its Antioch Police Department as well.