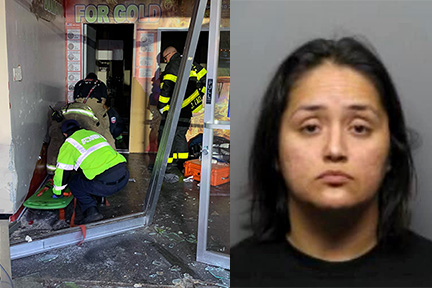 The Antioch Police Department said Wednesday that the female who struck a barber with her vehicle on December 4 has turned herself into police.

According to police, Ruby Delgadillo turned herself in with an attorney to Detective Tom Smith. Delgadillo refused to provide a statement and was booked into the County Jail in Martinez. The case will be presented to the Contra Costa County District Attorney’s on Thursday.

A GoFundMe account was set up for Brian Martin, the owner of Delta Barber Shop, who was struck by Delgadillo as he was thrown through a window after being struck by the vehicle. The fundraiser hopes to raise $25,000 and to date, has raised $6,335.

Antioch Police said Thursday that they presented the case to the Contra Costa District Attorney’s Office and Delgadillo was charged with attempted murder with a great bodily injury enhancement, felony hit and run and child endangerment. Delgadillo’s bail was set at $1.3 million dollars and she is currently in custody at the Contra Costa County Jail

The Antioch Police Department said late Wednesday that they have identified a 28-year-old Brentwood woman as the suspect who ran over an Antioch barber after a “bad” haircut.

On December 4, 2019 at approximately 3:45 PM, the Antioch Police Department began receiving calls reporting a vehicle collision at Delta Barber Shop. It was reported that a vehicle had struck a pedestrian and continued through the glass storefront. 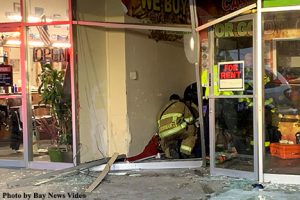 Antioch Police Officers arrived on scene and located the victim, a 63 year old Antioch resident. The victim was suffering from major injuries and was transported to a local area hospital for treatment.

According to Lieutenant Powell Meads, after interviewing the victim and several witnesses on scene, officers were able to determine this was an intentional act. Based on the victim and witness accounts, this incident started as an argument over a haircut the victim provided to the responsible’s child.

“As the argument continued, the responsible got into her vehicle and intentionally drove at the victim, hitting him and pushing him through the glass storefront. The responsible fled the scene with her son, in their vehicle, and have not been located,” said Meads.

The responsible in this case was positively identified as 28 year old Ruby Delgadillo of the City of Brentwood. The vehicle used in the assault was a 2006 Toyota Prius, blue, with California license plate 8LHB387.

Anyone with information on this case or on the whereabouts of Delgadillo is asked to call the Antioch Police Department non-emergency line at (925)778-2441. You may also text-a-tip to 274637 (CRIMES) using the key word ANTIOCH. 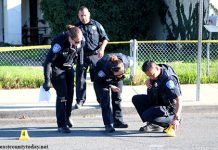