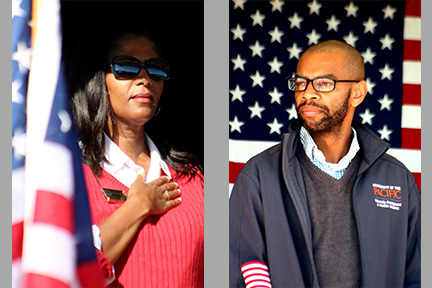 If you’ve ever tried to run a household while living paycheck to paycheck, you know how risky it is. When every dollar is already spoken for, it’s hard to keep up with the regular maintenance and sense of security your home needs. Small problems eventually become big problems—until eventually, you’re in big trouble.

The front of your house has so much garbage the neighbors won’t talk to you. Your backyard becomes so filled with junk and weeds, your kids won’t go anywhere near it. And your kitchen? Nothing works, the appliances are constantly shorting out and the pipes are leaking into the subfloor.

Get the picture? Now imagine that your home is Antioch—a city that is operating very close to paycheck to paycheck.

The front yard of your Antioch “home” is everything you see while driving through the city—the graffiti, overgrown weeds and trash dumped along the sides of our roads. The backyard is the city’s youth violence prevention programs—or rather, the lack of them. The kitchen, that’s our downtown, where we thirst for new and exciting amenities, but where few residents go.

Of course, you should feel safe in your “home.” But after missing a payment here and there, you’re surprised ADT hasn’t shown up to take their sign back. In Antioch, our sense of safety is shared with our police department, and like other city departments, it’s under resourced and understaffed.

So how do we upgrade our Antioch “home”? Well, that’s up to you.

A year and a half ago, the Antioch City Council formed a two-member ad hoc committee to engage the community around our Quality of Life issues. The mission was to get extensive feedback from the community on the priorities the City should address, and use that feedback to create long-term solutions for improving our quality of life – and fully reach our potential as a safe, clean and beautiful place to live. 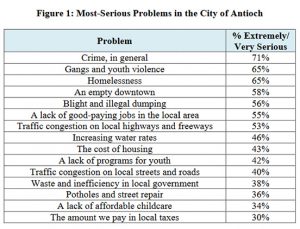 Our first task was to conduct a professional community survey in late 2017. The survey results were presented to the entire city council at a special meeting on January 20, 2018. The goal of this survey was to gather statistically reliable information on the issues our community cares about. We then used the results as a foundation for engaging the community and gathering additional input, eventually collecting over 2,000 responses from residents. You may recall receiving an invitation through your water bill or social media to “Join the Conversation!” If you were one of many who responded, Thank You!

Finally, we conducted a second community survey in June of 2018. We were thrilled to learn residents were more optimistic about the city’s direction than they were in prior years. With this data, we were able to finalize our recommendations. 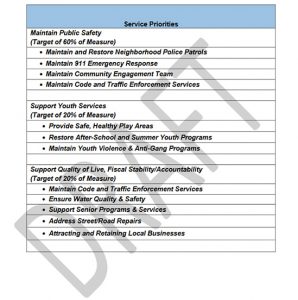 Our recommendations were to renew Antioch’s existing sales tax at the one cent rate, and use the funds for the following priorities that you, the citizens, had identified for us:

On July 24, 2018 we presented our recommendations to the full council, and they were unanimously approved. In keeping with our tradition of listening to the public, the community had additional suggestions that were incorporated in several follow-up City Council meetings.  Measure “W” has been placed on the November 2018 ballot for your consideration. It’s important to point out that this measure requires independent financial oversight (which currently exists in the form of the Sales-Tax Oversight Committee, and will continue) in addition to guaranteed annual independent audits to ensure funds are spent properly.

Our work has not been easy and the results may not be perfect, but it’s a chance to let regular citizens set the course to where they believe the city should go. The ballot box has always been the most powerful tool voters have. With it, you have the opportunity to think big–and change the course of our city. Thank you again to residents who took the time to give us your views, which were incorporated into this measure, and remember to participate in the election this Fall!

Happy Independence Day to All