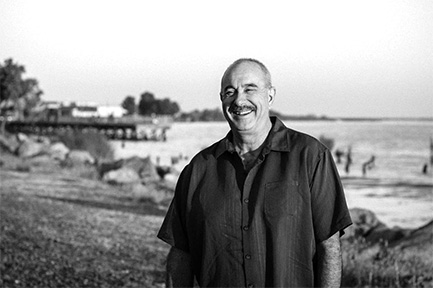 The following letter was from Antioch City Council Candidate Rodney McClelland who announced after suspending his campaign, he is back in the race.

My name is Rodney McClelland, and I am running for Antioch City Council.  As many of you know, I suspended my campaign about a month ago for personal reasons.  At that time, taking this step appeared to be the appropriate action, as family issues were absorbing all my energy and the time that I felt I needed to run an effective campaign.

In the intervening month the family matters that I was dealing with have been resolved.  In addition, I’ve been approached by many individuals who, like me, love the city of Antioch and want to see it move in a positive direction.

I am the only candidate on the ballot that opposes Measure W.  I oppose this proposed tax increase because of the harm it will do to our many residents, senior citizens among them, who are on fixed incomes and cannot afford more taxes.  I oppose it because of the history of empty promises made by career politicians in our city who take taxpayer money and use it to fund high pensions that continue to drive us toward bankruptcy.  I oppose it because it will make our city even less competitive in attracting new businesses.

I will never apologize for putting family first, and that is what I did when I suspended my campaign.  Now that those issues have been resolved, I am reentering the race.  The citizens of Antioch deserve a choice for a different path other than ‘tax and spend.’  That is the choice that I offer, and I ask for your vote on November 6.

This guy is no candidate, he is a clown. It is ironic he is makes this announcement on Halloween. I understand you have family obligations, but running for city council is not a joke and to announce you are reentering a race when the voting is finalized on Tuesday shows he doesn’t know what he is doing. I applaud him for stepping up, but he is not getting my vote.

Kind of later after many of us already voted weeks ago!