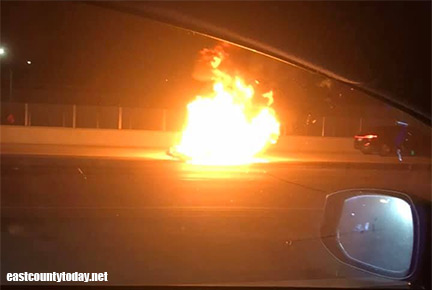 At 5:24 am Wednesday, Contra Costa County Fire Protection District was dispatched to a report of a solo motorcycle crash on westbound Highway 4 near Hillcrest.

Engine 88 reported heavy traffic in the area after CHP shutdown the freeway.

By 5:31 am, Engine 88 reported the motorcyclist was in the back of a pickup truck.

By 5:34 am, the motorcyclist was ground transported by AMR and Engine 88 reported the fire has been mitigated and they were working to clear the scene to re-open lanes of traffic.