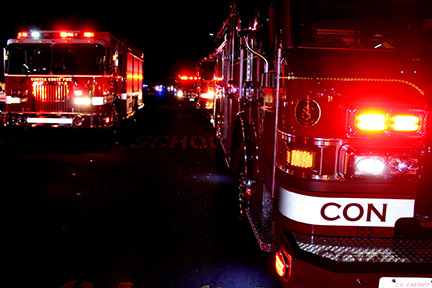 At 2:45 am Tuesday, Contra Costa County Firefighters were dispatched to a report of a residential structure fire in the 3700 block of Crestview Drive in the City of Pittsburg.

Fire crews arrived on scene to smoke coming from the home and a report of occupants inside. Upon further investigation, they located a garage fire and crews began working on an interior rescue where they pulled one occupant out of the home. Another was unaccounted for.

A short time later, the fire was under control. The second person was located at another location.

Pittsburg Chamber of Commerce Set for State of...