At 1:09 am, Contra Costa County Fire Protection District firefighters responded to a second alarm fire on Tampico Dr. Pittsburg last night. Upon entry to the home, it was discovered that the home was marijuana grow house.

Update 9:15 am per Pittsburg PD


At 0110 hours officers responded to the 2600 block of Tampico Way to assist the Contra Costa County Fire with a residential fire. The majority residence was found to have been converted into an indoor marijuana grow, and close to 100 plants were found inside.  The residence was not occupied at the time of this incident.  Police and Fire personnel are conducting follow up.

At 1:10 am this morning Contra Costa County Fire Protection District units responded to the report of a roof on fire at 2610 Tampico Drive in Pittsburg.  Our first arriving unit found the attic and second floor of a two story home completely engulfed in fire.  Defensive tactics were immediately employed to prevent the houses on either side from catching fire.  Initial attempts to enter the house to search for occupants were thwarted by roof and ceiling collapse.  A second alarm was requested to bring enough firefighters to the scene to safely control the situation.  Large hose streams were employed to knock down the intensity of the fire to allow fire crews to get inside and ultimately bring the fire under control after approximately eighty minutes.

During our interior operations it was discovered that the house was being used for an illegal marijuana grow operation.  Illegal electrical circuitry and wiring for the grow operation is believed to be the most likely cause of the fire; however an investigation is underway by the Fire District’s Fire Investigation Unit in conjunction with Pittsburg PD.

Five engines, three ladder trucks, two battalion chiefs, one safety officer, one information officer and one fire investigator were assigned to assist bringing this incident under control.  A total of 35 firefighters from Pittsburg, Antioch, Bay Point, Walnut Creek, Pleasant Hill, and Pacheco were needed to control this fire.  American Medical Response, Pittsburg PD, and PG&E assisted during the fire.  No injuries were reported and the home was unoccupied.  Fire investigators were still processing the crime scene this morning and the investigation is ongoing.

The house was a total loss with damages estimated at $400,000.  The house, built in late 2012, was equipped with residential fire sprinklers however the water supply to the home was shut off at the valve so the fire sprinklers were helpless in controlling this fire.

Hash oil labs and marijuana grow operations in single family dwellings are becoming a common occurrence throughout Contra Costa County with at least a dozen fires occurring within the last six to nine months.  These illegal operations pose a threat not only to the community, but also to the responding firefighters due to the presence of illegal wiring, bars on windows, and other modifications made to the structure to accommodate the illegal operations.  Fire investigators and other law enforcement agencies request that people be aware of and report anything suspicious in their neighborhood, including vacant or unoccupied homes with bars recently installed on windows and a lack of any sign of people living in the house, unknown people coming and going at unusual hours, or aluminum foil or other unusual window coverings in an unoccupied house.

Photo was posted on Twitter by PIO for CONFIRE 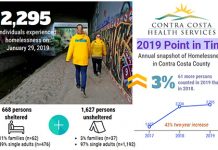