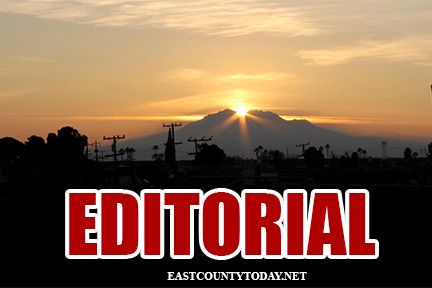 In what is likely to be considered the most open ended and bizarre Antioch City Council Agenda Item in an awfully long time, the city is giving the community an opportunity to say anything and everything it wants this upcoming Tuesday night.

The agenda is entitled:  A VIRTUAL ROUNDTABLE DISCUSSION TO BETTER UNDERSTAND AND ADDRESS RACIAL INJUSTICE AND POLICE-COMMUNITY RELATIONS

This comes after multiple local protests and where the city heard more than 700 public comments over two nights after an ad-hoc committee was proposed to discuss police reform. Rather than launch an ad-hoc committee, the city council opted for larger conversations and a platform that allows for all five councilmembers to participate.

I was never in favor of the ad-hoc, this issue is too big to tackle in an ad-hoc, but I warned Antioch that it had to execute and there was no room for error. So far, given the agenda topic with no supporting documents, it is a head scratcher and disappointing to say the least.

Upon seeing the agenda item, I admit I was puzzled.

In response, I reached out too many in the community for their perspective on what Antioch was trying to achieve. I was met with similar confusion with deer in headlight looks with lots of heads shaking in disbelief.

Why was no staff report provided that included an outline of what the 700 public comments stated? This could have been as simple as generalizations of topics presented by the public such as use of force practices, the process for hiring lateral officers and timelines, social media policies for officers, police demographics, to even discipline of officers.

Which brings me back to Tuesday, a vague meeting agenda which begs the question of what is going to be accomplished? Is the Council setting the tone for these forums to stay on point or is the community going to have the ability for a free for all with no real action items identified?

According to Mayor Sean Wright, the agenda was set up for the community to provide input and feedback to the city council to help select topics and conversation as they move forward in the community forums.

I reached out to the rest of the city council members asking what they hoped to hear from the community under such a vague agenda item. Each of them had no idea what to expect.

Councilwoman Lori Ogorchock offered a similar sentiment as Wright saying it was the start of a conversation that the residents of Antioch have asked for.

Mayor Pro Tem Joy Motts urged everyone to come to the table, including the police chief.

“Your guess is as good as mine. I personally was not involved. I do plan to participate and look forward to learning more about Mayor Sean Wright’s and Council Members Joy Motts and Lori Ogorchock’s efforts around this forum,” stated Thorpe.

Councilwoman Monica Wilson did not even respond.

Bottom line, this appears to be a meeting to help schedule and select topics for future meetings which does not exactly showcase leadership, but instead is reactionary to a public that is looking for answers.

For this kickoff meeting, the Council should have requested police chief Tammany Brooks provide a presentation addressing items from the 700 public comments—this could have helped guide dialogue going forward as many could either accept the answer or request more information for future conversations.

Furthermore, many of the concerns expressed by the public would have to be dealt with at a federal and state level as many policies are set there. Not at a city level. The Chief could explain this if the council gives him the chance.

Chief Brooks is not oblivious. He has heard what people have been asking, the council needs to provide him with an opportunity to give the community an explanation—the council has failed at that and allowed the police department to remain a punching bag to members of the public.

But let’s dig deeper, what racial injustice are protesters speaking about specifically when it comes to Antioch Police? What about the overall complaints with the police department? For the community to understand that, Brooks would need to provide the council and community with data.

That comes in the form of number of complaints which the chief provided back on June 14.

In terms of officer complaints, why are they not asking the chief to break them down further into categories such as use of force, racial complaints, harassment, rudeness, etc.

Looking at the basic data, complaints are going down with more officers hired and more service calls.  I would also like to see what can be attributed to the reduction of complaints in the past several years. Is technology helping? New laws? Better training? What has changed?

The irony here is what the police department typically provides external information—such as crime data, hiring numbers, and public outreach. The conversation now is apparently internal information which most is already available anyway, but perhaps all that is needed is more education.

Bottom line, the council should be moving the conversation forward, not being so open ended that it creates confusion, frustration and turns people off. Instead, the time is to stay on point and have the conversation.

Let’s also be clear, racial bias is far greater than just the police department so the entire community should be on notice. That is why this council should not shotgun this to see what sticks. They need an actual plan and be ready to be flexible depending on the level of participation and commentary provided.

My ask for those who will submit public comments is to not spend your 3-minutes in attack mode of the police department or city council, but rather be constructive, ask questions, make suggestions, identify areas you would like to see addressed and stay away from divisive rhetoric. Attack the issues so action items will come from this meeting.

To move forward, the community will have to stay on point and identify what it wants to achieve or have a better understanding of where we are headed. Everyone should get focused, be prepared and identify goals. Without that, this excise Tuesday is going to be a giant waste of time.

The stumble out of the gate on such a large topic is not a good look. Hopefully there will be no more fumbles as they move through this process.

#90: A chat with Political Consultant Mary Jo Rossi Ahead of 2020 Elections

Your analogy is well put. This council just wants to take all the **** that every moron with an axe to grind comes up with and throw it against the wall to see which sticks, which apparently will become “policy.” That’s not leadership.

Antioch’s police department is not perfect but it’s been doing a generally good job with limited resources and no support from the City Council.

Well they have to assess what do the people want first of all and yeah then see what makes sense and sticks then the leaders will lead the direction.

Secondly a quick question does anyone notice Gas Lighting on a huge scale in this town?? What’s that all about? Have I missed something? Is this normal in California? If you don’t agree with the majority then you get pushed down. California might as well become its own country.

ABA and Preach are YouTube social commentators and comedians. They put the focus on what this movement is all about. This is Governmental agencies (Police being the most visible offender) not held to the same laws and standards as the rest of us and use that (special privileges) to oppress those who are weaker. A system of inequality that needs change. BLM is a terrible phrase but I am behind ABA and Preaches thoughts on what the movement should focus on. We do have the power. The power of the VOTE! The power to get behind those who want change in this inequality.