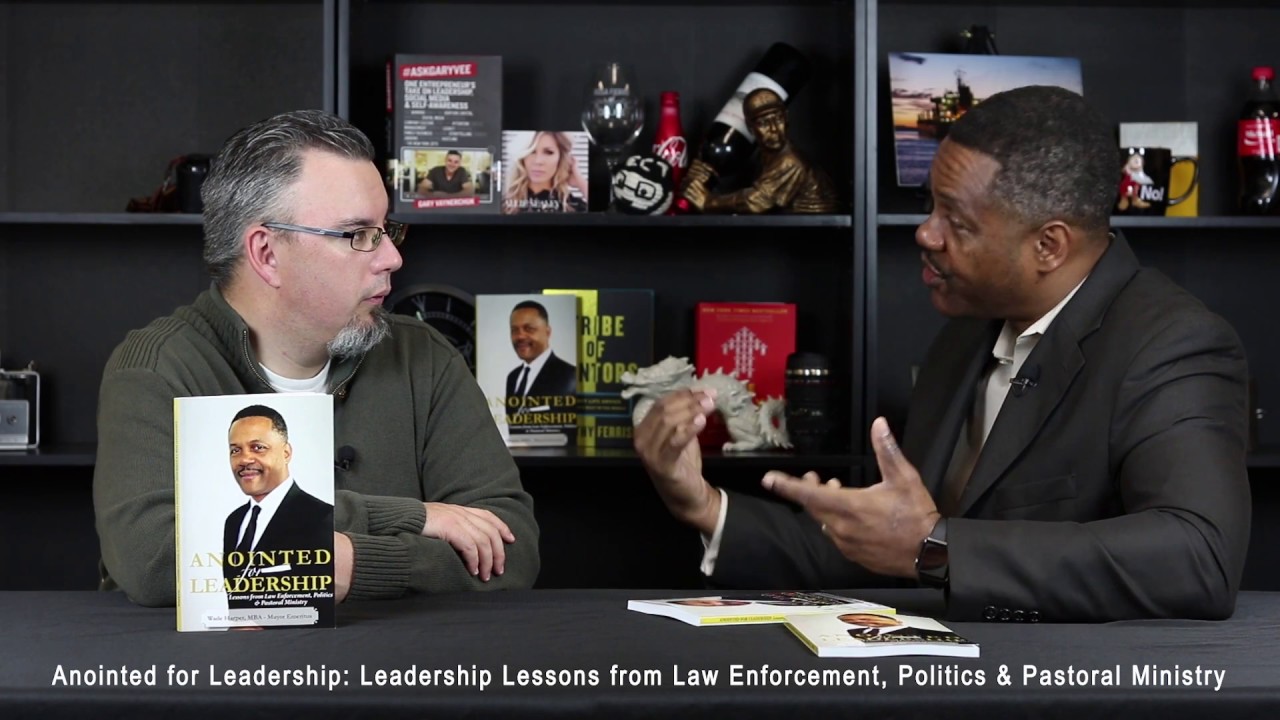 On this episode, I talk with retired cop and former City of Antioch Mayor Wade Harper on the release of his new book Anointed for Leadership which is now available on Amazon. Harper shares his life story where he grew up in a crime ridden neighborhood in the City of Oakland, saw some bad things and became a cop so he could do good. Talks about how music and the church saved him from going down a bad path. He also talks about politics and why he got into it.

00:40 – What Harper has been doing the past year since being out of politics.
01:44 – Harper talks about why he wanted to write the book. Talks about wanting to help people through the stories he shared. Wanted to help young people realize their purpose in life.
04:05 – How Harper’s childhood pushed him into law enforcement.
06:20 – Harper on the importance of music and the impact it had on him
07:20 – Harper explains why he went from law enforcement to politics. He says he was motivated by the idea of serving where he lives.
11:10 – Why Harper decided to serve on the Antioch Unified School District School Board
13:00 – Harper discusses about being a leader as Mayor of the City of Antioch. Talks about the incident at Deer Valley Plaza and the solutions.
17:40 – Biggest lesson while serving in a leadership capacity.
19:45 – Favorite thing for Harper about the book.
22:05 – At the core, Harper explains how his passion is helping people.

Anointed for Leadership is a wonderful collection of true stories, life lessons and leadership lessons from a person who has a wealth of knowledge and experience from the point of view of a police officer, an elected mayor, and anointed pastor. Wade completed his bachelor’s degree in Pastoral Studies at Patten University in Oakland, California and received the honor of Student of the Year in his major. He was invited to join the faculty teaching the subject of Pastoral Care. Instead Wade served as an adjunct lecturer in Religions In America – The African American Experience. Wade was hired as a lieutenant and worked to make the city of Tracy, CA the second safest city in Northern California. He served as the first African American lieutenant on the Tracy Police Department’s Command Staff. Wade also served as founder and senior pastor of Christian Worship Center Ministries of Pittsburg, California for 9 years. Wade spent the last three years as a leadership teacher in the LAPS (Leadership and Public Services) Academy at Antioch High School, making a difference in the lives of our youth. Wade continued his advanced education earning his Master of Business Administration in Leadership from John F. Kennedy University in Pleasanton, California. He was selected as Alumni of the year in his major and served as an advisor to the Criminal Justice Program. He is an anointed preacher, Bible teacher and conducts leadership seminars and trainings. Wade and his lovely wife Lisa have been married for 29 years. They reside in Antioch, California where he served as Antioch’s first African American mayor. They have two children, daughter – Tyler and son – Caleb and one grandson Carter.

WTF California: We Are Being Sold on “Inflation...

He got a confession from a serial killer. Wow.

He is a very odd dude with a checkered past. Don’t trust him.

One of worst mayors Antioch has ever seen. Got elected by his infamous campaign lie. ‘Zero’ Tolerance for crime. Good riddance.

Pay attention to the “great leaders” of the past in Antioch…great past to look back on….smdh….a high school lined with vending machines and chubby kids….gym not mandatory…right

The definition of “ANOINTED” means being smeared with oil as part of the ceremony for some higher office or position ……… Was this guy really smeared with oil? How much of him was smeared?

I’m going out on a limb – don’t think he was very popular.