At 5:15 am Thursday, Contra Costa County Fire Protection District firefighters were dispatched to a report of a boat on fire in the 100 block of Walter Way in the City of Antioch.

The fire was located next to the ABC Rendezvous Bar and was an active fire upon firefighter arrival which was threatening the building. Crews made quick fire attack which prevented extension to the neighboring building.

According to very preliminary information on scene, arson was suspected.

This was the third boat fire in Antioch over the past several weeks. 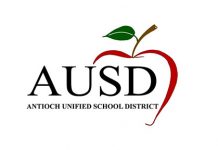