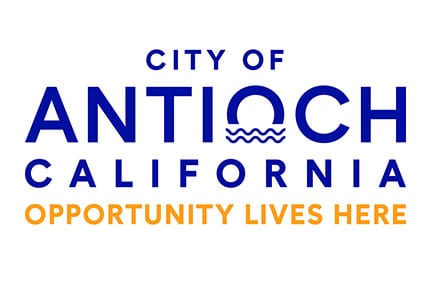 Antioch, Calif. – On April 14th, the Antioch City Council will consider the adoption of a resolution approving a historic settlement agreement between the City and California’s Department of Water Resources (DWR).

The agreement pays Antioch $27 million, which guarantees that they will be able to utilize its 150-year old water rights and remain in the Delta for the long-term.  The $27 million, in addition to $43 million in State grants and loans, completes the financing for the $70m Brackish Water Desalination Plant.

In 1968, the City of Antioch and DWR entered into a settlement agreement in which DWR pays Antioch one-third the cost of supplemental water needed when the Delta became too salty as a result of DWR’s upstream diversions.

“This agreement is a major milestone for Antioch because it will be invested into the construction of the City’s Brackish Water Desalination Project,” said Ron Bernal, City Manager, City of Antioch. “Adoption of this resolution will improve water quality for our residents, improve water reliability for our residents, and stabilize future water cost increases for our residents.” Bernal emphasized, “The impacts of climate change will be significantly mitigated by the project for the foreseeable future. Antioch is committed to using our water rights and staying in the Delta.”

According to DWR, they believe the Brackish Water Desalination Project is designed in an environmentally appropriate manner, promotes regional self-reliance and recognizes the value of the project that will serve Antioch’s citizens in a manner consistent with the State of California’s goals pertaining to water supply resiliency, climate change, and sea-level rise.

About the City of Antioch: Antioch is located on the banks of the San Joaquin River in Northern California. Just off of Highway 4, in Contra Costa County.

With a population of over 100,000 people, Antioch has become the heart of Eastern Contra Costa County, offering a variety of employment, shopping and vast recreational activities.

The pace of development in Antioch has spurred activity for financial and insurance institutions, contractors, and other types of service-oriented businesses. Increased development has created increased employment in schools, hospitals, and other local service sectors. Antioch poised to capitalize on its location, skilled workforce, and fiscal strength.

I don’t know about it being the heart of East Contra Costa, it’s more like the armpit.

Was gonna say ” the ass crack of the delta”
Bahahahaha

Always can count on Johnny Law to post something reflective of his IQ.
Crawl back under your rock troll…

Larry P you must be new to this site and East County. Antioch has been an armpit since the mid 2000’s. There isn’t any recreation and the shopping is subpar (i.e. The mall is ghetto AF and both the Deer Valley shopping centers and Slatten Ranch can’t keep stores open). The city council and school boards are only in politics for self serving purposes as are most politicians.

Maybe if they let the cops clean up the city Antioch could return to its former glory.

I agree…downtown Antioch full of meth heads and opioid dopers. Put them in jail…crime,burglaries,car break ins will disappear . Then you wil just have those”ghetto” donut spinners left. Any city with black Americans are labeled,but crime in Antioch isn’t ghetto crime…. Goout at night and observe the meth zombies pillaging and killing..

No not new, far from it. But recognize a troll with no solutions when I see one.

Far from a troll Larry. I don’t live or work there, but work and live on opposite sides and feel the wrath that has come from the years of mismanagement and failures of Antioch’s leaders.

“ I don’t live or work there “
Thank you for proving you’re a troll….

“Trolling is defined as creating discord on the Internet by starting quarrels or upsetting people by posting inflammatory or off-topic messages in an online community. Basically, a social media troll is someone who purposely says something controversial in order to get a rise out of other users.”

Antioch sucks because of their mis-management. No trolling in that statement, and it’s not the heart of East County.

Don’t you mean “Homeless”? “Unhoused” stinks of Political Correctness. I do not give cash to the Homeless because the money will go directly to Heroin, Meth or Booze. You are incredibly naive for blindly giving handouts to the bums

Let’s hope the size of the project does not lead another round of laughter. $79 million and the project can only make 10% of the water demand of residences. For example.