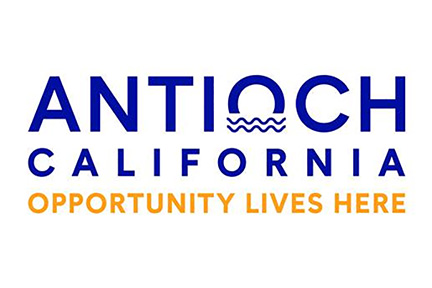 On Tuesday, the Antioch City Council agreed to move forward with an Urgency Ordinance that would require grocery stores to pay employees up to an additional $5 an hour in temporary hazard pay.

The ordinance would impact grocery stores such as FoodMaxx, Safeway, Raley’s, Smart and Final and Grocery Outlet.

During the meeting, however, the Mayor sought to further expand the definition of a grocery store by including Costco, Target, Walmart and even Lowes.

The item will come back to the council for final approval at a future meeting and were warned both in the Staff Report and the city council meeting they will likely see a lawsuit.

Councilmember Mike Barbanica asked to hear from Antioch Economic Development Director Kwame Reed as he is in economic development director in our city.

“I believe we should do additional research on this item. This is very new to the economic development department as to how we should formulate an opinion on this,” said Reed. “I was hired to bring in jobs and companies and this could be seen as going in the opposite direction as inviting companies into Antioch, namely grocery stores.”

He wanted to do additional research on this and said it would be good to come back with facts to the council as this would apply to FoodMaxx, Safeway, Raleys, as well as Smart and Final as it looks at a staff level at the national level.

Reed further highlighted that the city has approximately over 30 businesses who are identified as food stores.

Barbanica applauded the grocery workers for what they have done but didn’t believe a city should get involved with directing private industry on what they should pay their own employees.

“In addition, our own attorney is giving us legal advice here saying you are headed for a lawsuit so we know that to potentially be the case if we have faith in the city attorney so I think it’s a mistake getting involved in private industry in this way,” stated Barbanica.

Mayor Pro Tem Monica Wilson shared how SaveMart and Lucky’s have done appreciation pay and haven’t gone out of business.

“I want to echo what a lot what the public comments are saying,” stated Wilson. “These men and women were all on the front lines working at the grocery store making sure we all got fed when it wasn’t recommended for us to go to grocery stores. I remember reading multiple posts of how people were making sourdough bread and running to the grocery store to get whatever the needed, get toilet  paper and paper towels. In the beginning, we were giving them lip service but they were not being rewarded.”

Wilson highlighted how grocery workers were showing up everyday of the pandemic and had to deal with people who didn’t want to wear masks.

“we really need to think long and hard of these people we asked to help us feed our families and households making sure they are acknowledged and get the pay they deserve working during this pandemic and putting themselves out there and being exposed to this virus,” explained Wilson.

Councilwoman Tamisha Torres-Walker, who proposed this item, called the grocery store as the most dangerous place to be.

“They were deemed essential and heroes until they asked to be compensated for the high-risk situation that they have been put in,” stated Torres-Walker who didn’t like the idea of a specific period of time. “I don’t like giving people raises and taking them away.”

She encouraged the city to move forward with this calling for people before capital.

In response to a question by Councilmember Lori Ogorchock, since Target and Walmart are not classified as grocery stores, it would not apply to them according to Reed.

“I am not saying I am for this. I know that California League of Cities looked at this and choose not to move forward with this,” stated Ogorchock. “This is a slippery slope for us to get into and I don’t think is one we should get into.”

She continued saying COVID is almost up which could be a 120-days or less while noting that Reed highlighted this may stop other stores from coming in as well as any type of other business.

City Attorney Thomas Smith added that there could be additional complications and lawsuits if the council opts to expand the definition of grocery stores.

She stated the county then followed up and added more protections on rent moratoriums.

“Just because it isn’t something you haven’t done it in the past, doesn’t mean it isn’t something that might be necessary now,” stated Torres-Walker who encouraged more protections for renters and workers during the pandemic. “When this comes back, I hope the council does have the heart to move this forward.”

Mayor Lamar Thorpe stated it looks like two folks are for this not to come back and two who support it.

“We did things during COVID-19 that were temporary because we understood the challenges we were facing and did take the step on doing moratoriums on evictions and what not. Of course we heard the concerns there. There is always going to be concerns and operate from a fear based perspective—we have never done that,” said Thorpe. “The reality is grocery store workers have been working since the start of the pandemic and I haven’t been to my office in over a year but every time I went to the Super Market I see workers working their butts off to make sure that that part of society was still functioning. From my perspective I think we move forward with the ordinance and figure out a way to include Target, Walmart and Costco.”

Thorpe further stated that if they looked at the revenue these businesses were bringing in that they were doing fine during the pandemic.

“There is no excuse not to,” said Thorpe. “I find it insulting when I heard people call it premium pay. Premium pay for people who are working class people and so this is hazard pay because they decided or had to keep working and didn’t have a choice to keep working while some of us had the choice to sit at home on Zoom.”

Thorpe stated he believe they should also add Lowes and his preference was for the $5 pay.

Thorpe explained if they were expanding the ordinance to define size then Lowes should be included if they were including Target, Walmart and Costco.

Reed suggested they could work the ordinance to include a certain percentage of grocery component in the store to qualify under the ordinance. He was then cut off by City Attorney saying it was his job to figure it out and he shouldn’t be making promises.

The item comes before the city council as Governor Gavin Newsom has announced that if things go well, the State could reopen as early as June 15,  2021.

According to the staff report, the city staff anticipates litigation would be filed by the California Grocers Association and/or potentially impacted businesses immediately subsequent to the adoption of this ordinance It also would be reasonable to foresee that the city will incur significant legal costs in defense of this ordinance and potential exposure to payment of attorney fees if the litigation is successful.

The ordinance would require grocery stores with 300 or more employees nationwide to pay covered employees an additional wage of up to $5 per hour in temporary “hazard pay” for 120 days or until Contra Costa County enters the minimal risk level (Yellow Tier under the state health orders). The council will decide if the increased hourly pay is $3, $4 or $5.

Other Cities/County’s With Hero Pay for Grocery Workers:

WTF California: Facts No Longer Matter And Where is the Antioch Crime Statistics?

One would think this would have been done a year ago.

You think?
Isn’t June 15 a date we can look forward to as when things will have opened up?
What was the City Council thinking about last August, five months into this?

They should focus on more important things then doing this way to late. We have worse problems with crime, shootings and break-ins.

have them put out a tip jar for customers to show their appreciation. would make a nice Christmas Bonus.

Questions: Does this include those grocery workers who work nights stocking? They never see a customer.
Does the council not think this increased pay will be passed on to consumers in Antioch? who have
already seen a 6% increase in food prices this month ? with so many that can’t afford food already!
Why or how does a city council justify what a private business pays their employees?

When?????? Some countries already start $5 long time ago about us when