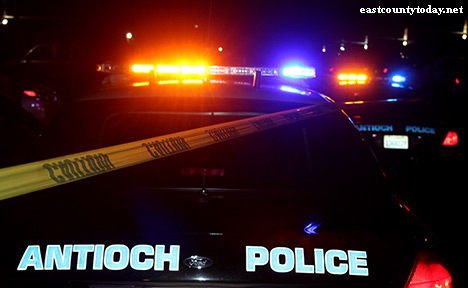 The Antioch Police Department and the Contra Costa County Office of the District Attorney are currently investigating an Officer Involved Shooting. At approximately 10:13 pm on March 16.

According to Lieutenant Desmond Bittner, Antioch Police Officers were dispatched to a reported shooting that was occurring in the 2000 block of Mokelumne Drive.

As officers arrived in the area they located an involved vehicle. Officers attempted a traffic stop on the vehicle and the driver failed to stop for officers. Officers pursued the vehicle and during the pursuit the suspect vehicle rammed an Antioch Police patrol vehicle near Wawona Court.

“Shots were fired by the officer and the suspect was wounded. A firearm was located in the suspect’s vehicle,” said Bittner.

The suspect was transported to an area hospital and was treated for his injuries. The suspect is in stable condition at this time. No officers were injured.

This investigation is in its early stages and no further information will be released at this time explained Bittner.

Anyone with information regarding this case is encouraged to call Detective Vanderpool with the Antioch Police Department at (925)779-6988.. You may also text a tip to 274637 (CRIMES) using key word ANTIOCH

Thank goodness no officers were injured last night. These thugs have no regard for humanity. Great job by the APD for their quick response.