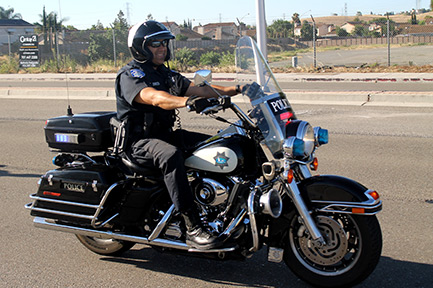 In response to traffic related complaints, the Antioch Police Department conducted a traffic enforcement detail where 57 citations were issued for a variety of traffic violations including speeding, red light violations, stop sign violations, and cell phone use.

The proactive traffic operation was conducted on September 26 with more proactive enforcement operations to occur in the near future. This is in addition to regular patrol in known locations for reckless driving and side shows.

Anyone who witnesses reckless or dangerous driving is encouraged to contact the Antioch Police Department at (925) 778-2441.

This is FANTASTIC news! Thank you APD for giving some much needed attention to these issues!

Good to see action on these violators. I’ve never been more fearful when driving in Antioch. Will my defensive driving skills be enough today? This is what I ask myself.

About time on these kind of stops as bad driving is out of control. There are donut marks in so many intersections an sometime I hear it from my house for maybe 20 minutes as they go from intersection to intersection.

57 citations!!! that’s all, hell you should sit on lone tree between davidson and hillside either way north or south you should be able to write more than 57 in a hour or two well i hope this is a sign of our new police leadership I will say 57 is better than nothing good luck A. P. D.

Wish they would give tickets at the Hillcrest Exit. Why dont people understand that you cannot turn right on the red light. There are at least 3 to 4 signs.