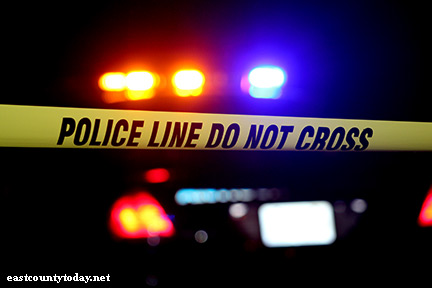 On June 13, 2021, at approximately 4:04 AM, Antioch police officers responded to the 100 block of Hillside Road for a male that was shot. When officers arrived, they located a 19-year-old male victim suffering from at least one gunshot wound inside the home.

Officers immediately began to administer first aid and called for AMR paramedics. The 19-year-old male victim was transported to an area hospital where he was treated for his injuries and is in stable condition.

After what appeared to be a botched, home invasion-style robbery, the suspects fled from the area.

While officers were investigating the shooting, a 23-year-old male (San Pablo) was dropped off at a local hospital with multiple stab wounds. Officers arrived at the hospital and contacted the injured subject, and an additional 20-year-old male (Richmond) at the emergency room.

It was determined both males were suspects from the home invasion robbery. The 23-year-old male was treated for stab wounds and is expected to survive.

Antioch Police Department’s Investigations Bureau, consisting of Crime Scene Investigators and detectives with Violent Crimes and Special Operations Units, responded to the scene and took over the investigation.

During the course of the investigation, detectives were able to identify a third suspect, a 22-year-old male (San Pablo). The third suspect was located and arrested in the City of Richmond. The investigation is still active, and evidence is being collected and evaluated.

Antioch residents need cameras, motion lighting, monitored security, and very sturdy door and window locks. It’s necessary to stay aware of what’s going on and keep your guard up. This may have sounded silly at one time, but by now everyone should recognize the reality of the situation.

ONIWY – On top of what you listed, what responsible residents of Antioch also need is weapons with stopping power placed where they could get to them immediately.

At least the police were on top of this issue

Was this a random event or were the parties somehow connected? Indeed, people should really do as much as they can to keep their houses and themselves safe. Things seem to be getting worse!

One guess what this home invasion was all about. I’ll bet something was involved that will make you high. How special is that? And the best part seems to be that the suspects carpooled. Hooray for them

You are the first line of defense when such things happen. Always be prepared! Check what you have laying around outside your house. Could it be something they can use to jimmy the door open? Or a window? In the Sacramento area, the intruder/thief used a the bill of a ceramic decorative duck picked up on the patio to break a piece of a stained-glass area in the door closest to where the doorknob and lock would be to gain entry.