On Sunday at 8:40 PM Antioch Police were dispatched to the 700 block of K Street on the reports of shots being heard. As officers were responding, additional reports came in of a subject down. 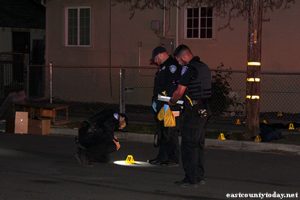 Upon arrival officers found a 23 year-old male suffering from at least one gunshot wound.

According to Antioch Police Sergeant Tom Fuhrmann, officers rendered aid until emergency medical services arrived and transported the male to an area hospital where he underwent surgery. Shortly after surgery the victim died as a result of his injuries. 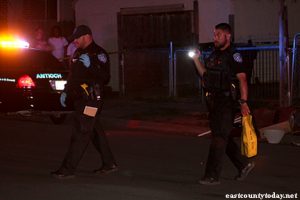 This case is still under investigation. No further information will be released at this time.

Anybody having information related to this incident is encouraged to contact Det. Gonzalez at (925) 779-6923. You may also text a tip to 274637 (CRIMES) using key word ANTIOCH

This is the third homicide within the City of Antioch in 2017. The previous two homicides occurred on:

Anyone else miss Wade Harper yet? I can’t believe I just wrote that.

Since the election it seems like crime has gone up, homicides are trending up, a ton of assaults and robbery. This is the most unsafe I have felt in the community in a long time. Our mayor has done next to nothing as crime trends upward. Maybe its time for the Mayor to stop micromanaging everyone and give PD its sergeant request.

Harper was the easy scapegoat for residents to place blame. Curious why Wright is getting a pass? Its a logical question to the haters of the community.

He is trying to put out fires but only causing more of them. He needs to delegate but seems to not know how.

Getting rid of the city manager and looking to hire a new police chief are big steps in my book.

Can we at least give Wright a chance?

You already have a chief! No need to look there.

Thanks Obama… I mean Harper.