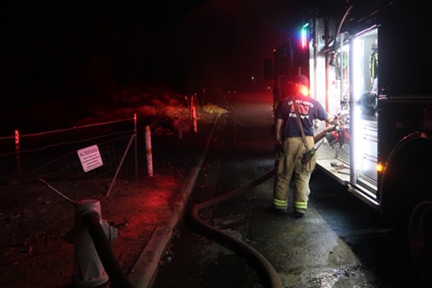 At 4:39 am Sunday, Contra Costa County firefighters responded to a report of a vegetation fire at Wilbur and Marie in the City of Antioch after several callers reported smoke and flames.

Engine 81 arrived on scene to brush and trees along with a mattress on fire at a known homeless encampment. The fire was estimated at a 1/4 acre of vegetation that was quickly knocked down and was not threatening homes.

According to firefighters, this spot that caught fire was where a homeless person sleeps.