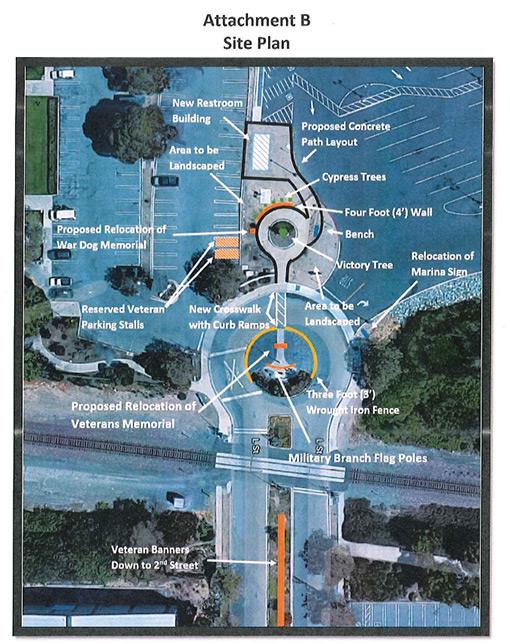 On Tuesday, the Antioch City Council voted 5-0 to spend $75k to relocate the Veterans Memorial currently located at the Antioch Marina.

The move came after construction for a new $425k restroom started and veterans became unhappy with the proximity of the restroom to the veteran’s memorial.  The City proposed placing some bushes to block the view of the memorial, but veterans were not happy with that solution. 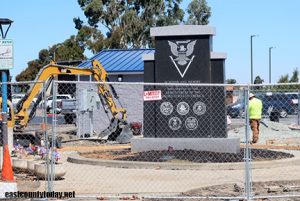 After news broke of the restroom’s proximity to the memorial, the veteran’s community and public called foul and demanded a change be made.  In response, the city held a meeting with JR Wilson and other local veterans to come up with a solution.

On Tuesday, the Council approved the plan and dedicated funds to move the memorial.

Antioch Public Works Director John Blank explained that the most complicated part of moving the memorial is the foundation because once it is moved, they do not want to move it again which he says is key to the rest of the timeline and are working on it with engineering.

“When this was brought forward, this was action taken long before this council was seated… when this was brought to our attention, I want to commend Ron Bernal for speaking to JR Wilson on how to mitigate this concern,” said Motts. “This city has reacted quickly to honor the veterans.”

JR Wilson stated they now have an opportunity to turn the veteran’s memorial into a destination.

“I know you guys are working really hard, a great timeline would have some stuff for Veterans Day and a re-dedication at Memorial Day 2020 and moving the ceremony down there 1-time to take a break from the hard-work and celebrate a wonderful veterans memorial by the gateway to the delta.”

When completed the memorial is anticipated to have the monument placed in a new location, long with a bench, a victory tree, military branch flag poles, decorative wrought iron fence, moving the sign, along with the war dog memorial. Behind a proposed wall, there will be cypress trees.

The council then voted 5-0 to approve the funding.