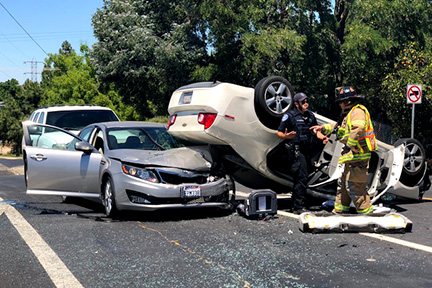 At 1:56 pm Wednesday, Contra Costa County Fire Protection District responded to Hillcrest Avenue and E 18th in the City of Antioch for a report of a vehicle crash.

Upon arrival, AMR stated that there were four vehicles involved with one vehicle on top of another. Shortly after, they confirmed a total of six patients.

All patients sustained minor injuries from the crash which shut down the roadway for more than 90-minutes.

Antioch Police are investigating the crash.

Rotarians Plant 54 Trees at The Dow Wetland Preserve in Antioch

I would love to hear how this crash started.