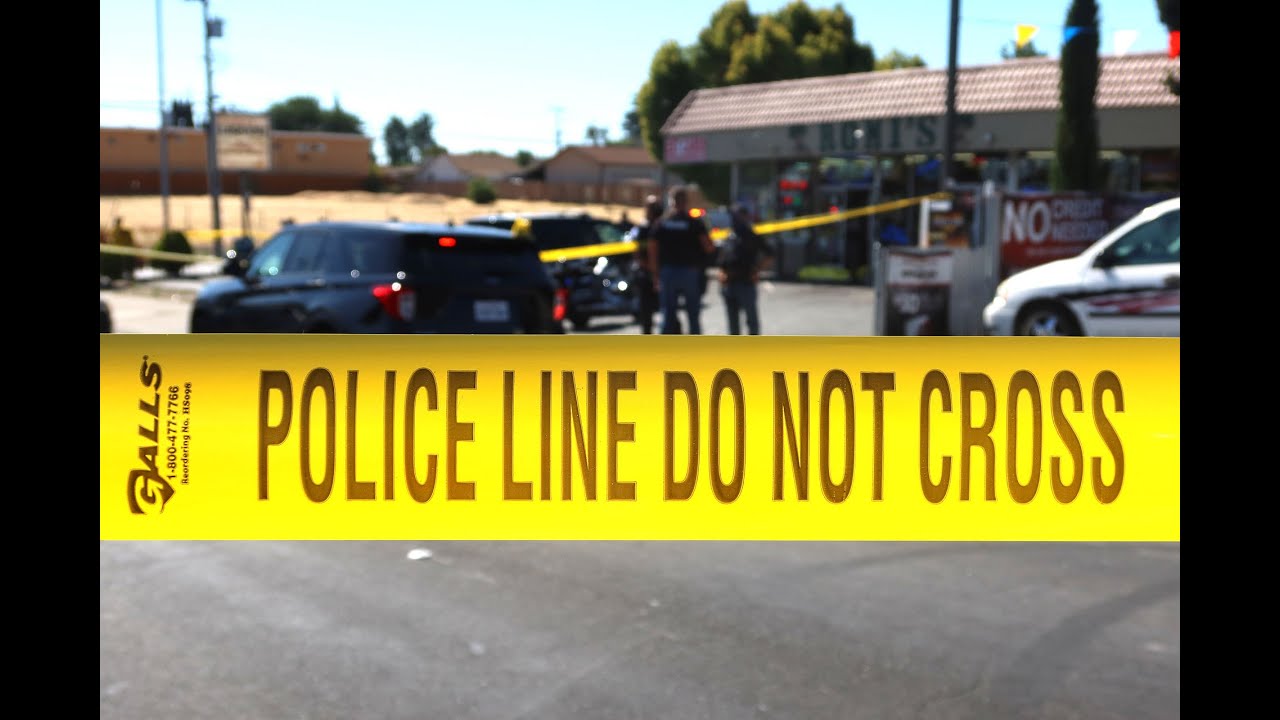 Just after 9:00 am Wednesday, Antioch Police responded to a report of a shooting at E 18th and Cavallo Road in the City of Antioch.

According to preliminary information on scene by Det. Brogdon, he stated one man was dead after he was stabbed while another man was shot and transported to a local hospital.

The condition of the subject transported to a local hospital was unknown.

No other information was made available.

On July 8th, 2020 at 9:08AM, Antioch Police Department patrol officers were dispatched to the area of Cavallo Road and E 18th Street for a shooting.

Upon arrival, officers located a 35-year-old male in front of the Romi’s Liquor & Food at 418 E 18th Street. That male was suffering from multiple stab wounds and despite lifesaving efforts by officers and the fire department, he succumbed to his injuries and was pronounced deceased at the scene.

The 35-year-old male died at the scene and the 48-year-old male was transported to a local hospital and is currently in stable condition. The investigation is ongoing. No further information will be released regarding this case at this time.

A shooting and stabbing on CAVALLO? Really? I am SHOCKED! Totally shocked! Nothing like that ever happens there!

Let me guess, an inspiring rapper?

No just a father taking away from his kids

The cops should have video it’s on the pole. Should share so public can see what happens on our streets. Fund police, blue lives matter.

No such thing as a blue life…

Cops ARE funded. Just take away their military gear and do some actual community policing. Coffee with the cops is nice, but how about a beat? Remember those?

Really……Takeaway their ability to fight fire with fire? Are you going to go to the criminals and ask them to carry wrist rockets and put away their assault weapons? Many of the community policing actions available will only be embraced and attended by law abiding citizens, unsure how that would keep thugs from stabbing and shooting each other? How many criminals do you think would show up to have coffee with a cop? Sorry, wish it were but this isn’t old world anymore pops.

No! Add MORE military gear! That corner of East 18th and Cavallo is a troubled venue. The liquor store attracts all sorts of scumbags, drug dealers and other vermin. The City should declare it a nuisance and shut it down!

Why take away their military gear? I say, add to it! Did you ever watch that B of A bank robbery online in North Hollywood in 1998 where the police were totally outgunned? You should watch it. It’s all on YouTube. The police should have state-of-the-art weapons with real STOPPING POWER!

Hmmm and they say dont take a knife to a gun fight!! I guess that aint true

I was thinking the same thing. Wonder if he will face charges?

Black lives matter maybe they should stop killing each other. I guess it only matters if your a police officer