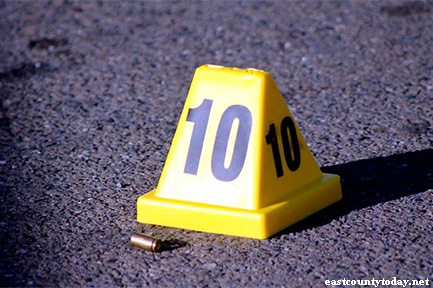 On Friday, September 2nd, at 1:54 pm, Officers responded to the area of Harbor Street and Atlantic Avenue for the report of a 12-year-old girl who was shot while seated inside a vehicle in the City of Pittsburg.

She had a single non-life threatening gunshot wound to her right lower leg. Officers provided immediate medical aid, and paramedics transported her to the hospital, where she was in stable condition.

The preliminary investigation revealed the girl’s mother was driving with her three children, ages 6, six months, and the 12-year-old victim. Information suggests there was a road-rage incident with another motorist while they were driving on Buchanan Road at Harbor Street. A man pulled alongside the victim’s car, pulled out a handgun, and fired a single round which struck the 12-year-old girl in the leg.

The mother fled to a nearby shopping center, where she called for help.

Officers interviewed several witnesses to the incident and are using our city-wide camera system to generate leads, moving us closer to identifying a responsible suspect.

This investigation is still in its preliminary stages, and we would ask anyone with information to please contact the Pittsburg Police Department at (925)646-2441.

UPDATE:  SUSPECT IS IN CUSTODY*

This afternoon, Pittsburg Police Detectives were called to investigate the road rage shooting that left a 12-year-old girl suffering from a non-life threatening gunshot wound while seated as a passenger in her mother’s car.

The suspect in the shooting, who was driving a separate car, was identified as Dwayne Brown III, a 29-year-old man from Sacramento.  Brown was safely taken into custody with the assistance of the Modesto Police Department, as a result of investigative leads that led police there.

Based on information learned from the investigation, this does appear to be an isolated incident, with the only suspect now in custody. This is still an active investigation, and we ask anyone with information relative to this incident to please contact the Pittsburg Police Department at 925-646-2441.

DA Report: No Evidence of Criminal Offense in Death of Angelo Quinto

He should go to jail for life! Clearly a danger to society. Try to kill a child you shouldn’t be allowed to ever be on the streets again.
Sick of this crap.

So sick and tired of these thugs destroying lives and property. We need to get rid of ALL the bleeding heart liberals. California is in ruin because of those politicians!

Let’s be clear, you’re pitiful trolling just shows what ignorance looks like in print.
Back to School, Susan! You’ve been pwnd

Let’s be clear, your pitiful trolling just shows what ignorance looks like in print.
Back to School, Susan! You’ve been pwnd