UPDATED: Wife Shoots Husband in the Face in Antioch on Buchanan Road 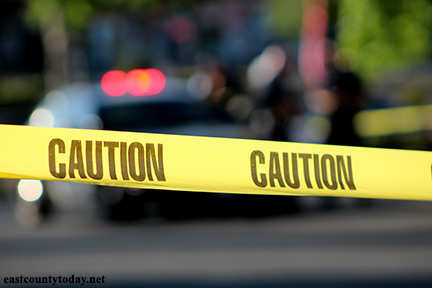 On Monday, the Antioch Police Department received a call from a local hospital that a male was dropped off with a gunshot wound to the face in the City of Antioch.

According to police, an arrest was made of a 56-year-old female in the City of Fairfield after she allegedly shot her husband, a 60-year-old male in the 2100 block of Buchanan around 2:45 pm Monday.

He is in the hospital with non-life threatening injuries after being shot in the face, however, police say he is in critical care. They are currently investigating the motive in the shooting as that is unknown at this time.

Both the husband and wife are residents of Antioch.

On Monday July 26, 2021, at approximately 2:47 PM, Antioch Patrol Officers were dispatched to the Kaiser Emergency Room on Sand Creek Road for a 60–year–old male who was dropped off with a gunshot wound to his face. The male told Emergency Room Staff that he was shot by his wife during a domestic dispute. The male was immediately transferred to a local trauma center where he was taken into emergency surgery. The male was transferred to an ICU bed after surgery and is currently listed in critical but stable condition. Antioch Police Officers were able to determine the victim and suspect lived in an apartment at 2100 Buchanan Road. Officers responded to the apartment to do a welfare check and located a crime scene. The Antioch Police Department Investigations Bureau took over this investigation and were able to determine that the 56–year–old female suspect left Antioch to a family member’s house in Fairfield. Fairfield Police Officers were able to locate the female suspect and took her into custody for the Antioch Police Department. The female suspect was interviewed regarding this case and later booked into the Martinez Detention Facility. This case will be presented to the Contra Costa County District Attorney’s Office later this week for filing consideration. The Antioch Police Department is not releasing the names of the victim or suspect at this time due to the nature of this case. Anonymous tips or information about this – or any other incident – can be sent via text to 274637 (CRIMES) with the keyword ANTIOCH.