At 8:00 am Monday morning, Station 87 of the Contra Costa County Fire Protection District closed its doors at 800 W. Leland Road in Pittsburg.  This was the fourth station within the District to close since the beginning of the year due to budget cuts.

In speaking with the Vince Wells, the President of the United Professional Firefighters of Contra Costa County, Local 1230, he shared just how critical Station 87 was to not only Pittsburg, but the entire District.

“For this area, Station 87 is a critical unit in Battalion 8,” explained Wells. “It’s our second due engine in Bay Point and they are also able to go over the hill to help Concord and Highway 4 incidents. So that component being gone will have a significant impact on our operations not just in western side of East County, but the eastern part of the county as well.”

Even with the closure, he is still hopeful that with property values coming up and additional revenue coming in, this is a short closure until later into the year or after a report is completed on the County EMS Model.

“We are hopeful for a reconsideration now that there is a little bit of money so that maybe they can put this (Station Closure) off until at the minimum at the end of the fire season. I think they should wait until the report is done since that is a big deal,” said Wells.

If it doesn’t occur, a domino effect will remain a fixture in East County that will result in a longer response for service going forward.

“With 87 closing, Engines from Antioch or Concord will be pulled for service to the area to fill the gap. Either way, everyone is going to wait longer,” explained Wells.  “The big concern is the Bay Point fires which are smaller houses that we can knock down, but with the second due gone at this location is where we are going to miss some opportunities to knock down the fire before it gets larger.”

In terms of response times, Wells isn’t quite sold on the GPS estimating a minute longer response and explained how other variables must be considered when estimating the added response.

“If you look at it from the GPS, it’s a minute longer, but I don’t trust those times because guys have to get their gear one, the first engine in gets to an incident and then is able to start to perform their functions,” said Wells. “There is a lot more time in getting prepared than just getting there on scene.”

Even with the closures, Wells states they are still talking with the Fire Board on solutions and finding the best ways to utilize limited resources.  Mutual Aid and Auto Aid may be the next casualty as they are hot topics within the District—there may even be hard numbers implemented shortly as to total number of engines that can leave the District at one time.

For example purposes, lets say the cap is at “4 engines”. If there is an incident in Moraga-Orinda requiring 4-engines, should East County need assistance at the same time, we would not get a single engine; our aid would have to come from CALFIRE, Stockton or another agency. The reverse is also true if there is a fire on the Antioch/Oakley/Brentwood border, it would essentially be every district for themselves.

Wells thinks auto aid may need to be eliminated due to lack of resources.

“We are a fire district that’s 304 square miles 9 cities and unincorporated areas but we have been accustomed to covering the entire county. Unfortunately we don’t have the resources to do auto aid to the same level we have done in the past,” said Wells.  “We would like to see it eliminated completed and go to a mutual aid completely, but there is some compromise there. We are working on those types of things and calls we go on. It’s all critical.”

Note: Auto aid is aid based off need whereas Mutual Aid is assistance upon request through dispatch upon arrival on scene.

Wells believed the community was getting a good service when it came to its fire service. Now, he is not so sure and believes the community is being short changed with its tax dollars with reduced service.

“The community was getting a great service when we had enough engine companies, but now they are starting to lose the value of their tax dollars because some of the calls we used to go to we are not going to be able to. You are going to have people waiting on floor longer, lock outs, vehicle leaking fuel type calls are going to be put in cue and prioritized. So I think it will impact the community significantly in just what they get out of their fire department,” explained Wells.

With another station scheduled to close in January of 2014, Wells does not see how the Board can even consider it given the prior closures and number of incidents.

“If another closure occurs, I don’t see how that can be considered after what we have seen now at the level we are at with the six companies taken out. There have been multiple situations where firefighters, the community and property in this community was at great risk and impacted by the lack of resources,” said wells. 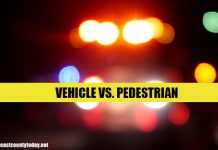