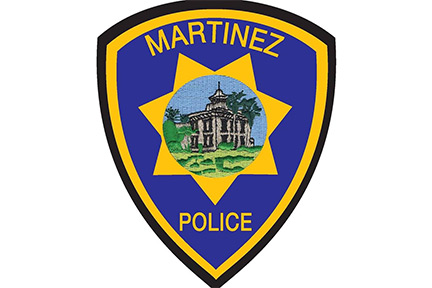 On June 27, at about 9:45 pm, the Martinez Police Department responded to a report of fliers containing hate speech left on the sidewalk near downtown. The offensive fliers made threats to harm those supporting the Black Lives Matter movement in the name of an organization called “White Pride World Wide”.

At this time, police do not have any leads on who left them on the sidewalk.

Martinez Police called the fliers “Deplorable, filled with hate, and have no place in the city of Martinez. The language was threatening, offensive, and goes against everything the City values in terms of diversity, inclusion, and acceptance.”

Police urge you to contact their Dispatch Center at (925) 372-3440 in the event you have any information on the case. Detectives have been assigned to investigate the incident as a Hate Crime and the investigation is ongoing.

The City of Martinez said it does not tolerate hate related crimes and as a community need to stand together to promote unity and acceptance for all people. This hateful, hurtful, and offensive act does not define the city and all must do their part to identify those responsible to bring them to justice.

I believe this George Floyd story has been taken out of context and used to feed a general hysteria due to COVID 19 which is affecting our rational thinking process. The fact is people die everyday in the hands of the police some by accidents and some by not cooperation with the police.

Floyd didn’t even die “at the hands of the police.” He died in the hospital several hours later of a heart attack brought on by all the illegal drugs he had in his system’: cocaine, meth and others

No Floyd’s death was ruled homicide. The cop crushing his neck for 8 minutes did it.

Three autopsies were performed on Floyd and he did not die with the cop’s knee on his neck. He died in the hospital hours later and, according to the autopsies .. all three ……… he died of a heart attack. Stop reading liberal bullshit!

That is the dumbest comment ever he died on the street and the officer continued to hold his knee for three minutes after he stopped breathing and he was found with no drugs in his system. Speak facts the whole world watched him die while the officer held on his neck for 9 plus minutes

“hate” speech is protected under the First Amendment. I guess the city of Martinez forgot about that It’s just a speech.