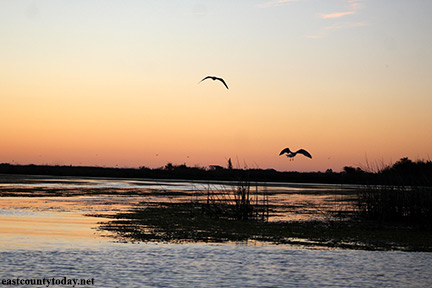 SACRAMENTO – Assemblymember Jim Frazier (D-Discovery Bay), whose Assembly District encompasses a large cross-section of the Delta, announced that the California Department of Fish and Wildlife (CDFW) will receive more than $10 million to battle a nutria infestation that is making its way to the Delta.

The money comes in the form of an $8.48 million grant from the Delta Conservancy awarded to CDFW this month from Proposition 1 funds and a nearly $1.949 million allocation in the budget that Governor Newsom just signed. The budget allocation also provides $1.624 million in future ongoing funds for the program.

“Nutria are the biggest threat to the Delta that nobody has heard about,” Frazier said. “These destructive, invasive species from South America have caused a great deal of damage to interior waterways in a number of states. We eradicated them once in California, but they started showing up again a few years ago in counties east of the Delta. Now they are beginning to show up in the Delta. This makes eradication efforts urgent.”

Nutria can eat up to 5 pounds of vegetation a day, and in the process can destroy 10 times more. Destruction of this vegetation can annihilate soil composition, damage native species and harm nearby agriculture. Nutria also burrow into water-retention and flood control levees, weakening the soil foundations and eroding river banks to the extent that marshland can quickly become open water.

The funding will be used to survey waterways and wetlands for areas suitable for nutria to potentially thrive in, use sterilized “Judas” nutria with GPS collars to find and monitor other nutria infestations, set up traps in all new and existing infestations, and deploy nutria scent-detection dog teams to follow up where eradication efforts were undertaken.

“The more nutria that disperse into the Delta, the more likely they are to find each other and establish a breeding population that ultimately starts sending additional dispersals out farther into the Delta,” said Valerie Cook, a Senior Environmental Scientist who leads the Nutria Program at CDFW. “There are many, known breeding populations upstream of the Delta and we reasonably expect additional, still undetected, populations within the Delta. Each of these colonies include several breeding females that are able to produce 3 litters of young every 13 months – the average litter size for adult females in California is nearly seven.”

Under California law, it is only legal to kill nutria if you are a land owner or are employed by a land owner that has nutria on their property. There is no hunting program in place and there is no bounty offered in California for nutria. The CDFW asks that if someone observes or has found potential signs of nutria, they should attempt to take pictures and report it via their website www.wildlife.ca.gov/Conservation/Invasives/Report, by email to [email protected] or by calling (866)440-9530.

For more detailed information about nutria, their presence in California and the CDFW’s eradication page, visit Frazier’s Assembly website here and look under the “Resources” tab to find a fact sheet about nutria.

Why not open a season for them and let hunters take care of the problem. Make coats out their hides