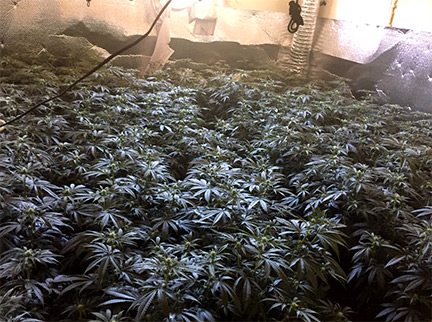 The Brentwood City Council approved a new ordinance clarifying that administrative fines can be placed daily on each and every marijuana plant cultivated in excess of the number of plants allowed by state law to combat illegal grows.

Since 2017, the City has regulated marijuana activity in the City and incorporated the requirements of State law into its Municipal Code, allowing the City to levy administrative citation fines for marijuana violations of cultivation of over 6 plants.  Unfortunately since 2017 the City has had numerous illegal indoor grows of marijuana, including grows of thousands of plants in a single family residential homes. This degree of illegal marijuana cultivation poses significant health and safety risks to residents and is likely part of larger criminal networks. Moreover, this illegal activity is extremely profitable, making deterring the activity difficult.

The Brentwood Municipal Code was unclear on whether administrative citations may be issued on a per property or on a per plant basis.  On July 12, 2022 the Brentwood City Council approved a new ordinance clarifying that an administrative fine can be placed on each and every marijuana plant cultivated in excess of the number of plants allowed by state law.  The updated ordinance states the following:

Each and every marijuana plant cultivated in excess of the number of plants allowed under this section shall be a separate offense, and each such plant subject to a separate administrative citation fine under Chapter 1.24 of the Municipal Code. Each and every day a violation is maintained, caused, aided, abetted, concealed, suffered, or permitted is a separate offense.

Mayor Joel Bryant stated, “Public safety is the top priority for the City and Brentwood and we will not tolerate illegal criminal activity.  This new ordinance will allow staff to enforce fines and deter criminal networks from setting up illegal marijuana grows in our community.”

Citations are $100 for the first violation, $200 for the second and $500 for the third and subsequent violation.

If residents believe an illegal marijuana grow is located in their neighborhood they can report it through the City’s community enrichment app, Brentwood Connect Service Request | Brentwood, CA (brentwoodca.gov) or by calling Community Enrichment at (925) 516-5405 or the Police Department non-emergency number at (925) 809-7911

Albanese Sworn in as Next Police Chief for City of Pittsburg