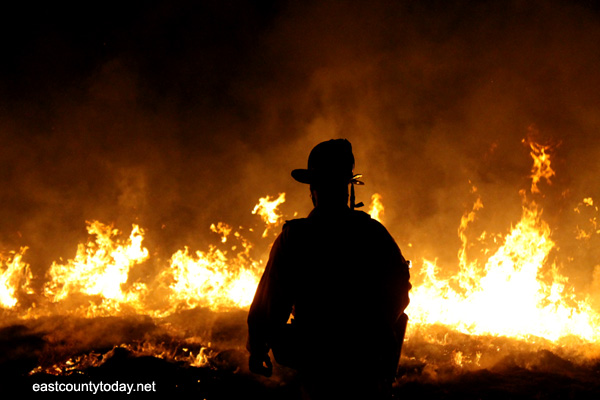 A bill introduced by Assemblymember Eloise Reyes (D-San Bernardino) is moving forward to the Governors desk which would provide expedited expungement processes for inmates that have successfully participated as inmate hand crews actively assisting with fire suppression activities.

Under existing law, once released from custody a former inmate must finish the terms of their parole before applying for expungement of their criminal record. Even once those records are expunged, the person must disclose their criminal history on applications for state licenses

According to the bill:

This bill would allow a defendant who successfully participated in the California Conservation Camp Program or a county incarcerated individual hand crew as an incarcerated individual hand crew member, and has been released from custody, to petition to withdraw their plea of guilty or plea of nolo contendere and enter a plea of not guilty. The bill would make persons convicted of specified violent felonies and sex offenses ineligible for relief. The bill would allow the court, if the defendant is eligible for relief, to dismiss the accusations or information against the defendant at the court’s discretion and in the interest of justice and would release the defendant from all penalties and disabilities resulting from the offense, except as provided.

In granting this relief, the bill would require the court to order the early termination of probation, parole, or supervised release if the court determines that the defendant has not violated any of the terms or conditions of their release during the pendency of the petition.

With nearly 200 occupations that require licensing from one of 42 California government departments and agencies, these former inmates are almost entirely denied access to these jobs, as an estimated 2.5 million California workers (approximately 17% of the state’s workforce) need a professional license to work.

‘It is without a doubt a tremendous sacrifice of personal safety to volunteer to fight these deadly fires to keep our families, our homes, our wildlife, and our forests safe, while simultaneously reducing the impact of damages on our economy. Assemblymember Reyes continued, “However, even with their sacrifices, their training, their dedication and their low-level risk status, many who participate in the fire camps continue to struggle to find permanent and stable employment once released. This is due to the significant barriers that have historically been placed on formerly incarcerated individuals, hindering their ability to seek and acquire employment or even the education necessary to start a career and contribute to society.”

The California Conservation Camp Program was initiated by CDCR to provide able-bodied inmates the opportunity to work on meaningful projects throughout the state. Those projects can include clearing firebreaks, restoring historical structures, maintaining parks, sand bagging and flood protection, reforestation and clearing fallen trees and debris.

There are 43 conservation camps for adult offenders and one camp for juvenile offenders. The conservation camps make up approximately 219 fire-fighting crews and are jointly managed by CDCR and the California Department of Forestry and Fire Protection, known as CalFire.

The bill does include a list of crimes that make those ineligible which include those convicted of murder, kidnapping, rape, lewd acts on a child under age of 14, any felony punishable by death or imprisonment in the state prison for life, any sex offender requiring registration pursuant to Section 290 or arson.

#95: A Chat with Jovita Mendoza, Candidate for Brentwood City Council

So, a fire crew goes in a house to do CPR. Jewelry is missing after they leave. Who gets accused? Who did it? So much for how we look at Firefighters!

I assume you have heard of rehabilitation? Also, there’s that pesky fact that a FORMER inmate has paid his/her debt to society. Done deal, go and sin no more. Why should a FORMER inmate not be able to be a firefighter? Everyone deserves ONE second chance

Hey Loveable (sic), there is no such thing as paying one’s debt to society. Once you screw up, wind up in the slammer, it stays with you forever. That’s just reality, but I think the cons should be given a change to be trained and assigned to fight certain fires, but not residential ones.

I have no problem with this as long as they go through the same process as any other candidate. No weight given to inmate what so ever.